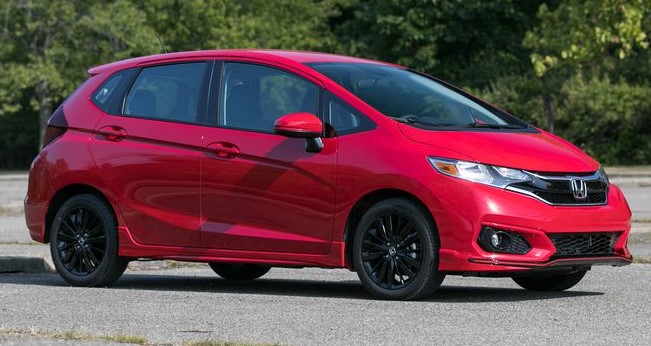 Historically, the motor vehicle has been romanticized as a symbol of freedom: a ticket to anywhere roads will take you, whenever you want to go. But on a day-to-day basis, a car may simply be a tool to get you across town, rather than from one end of Ontario to the other.

A powerful and spacious car might be your first choice for that open-road adventure, but city driving is often best done in something optimized for fuel efficiency over power that puts ease of parking ahead of interior stretch-out space.

With those priorities in mind, we’ve put together a list of six of the best used cars for urban driving.

We’ll kick things off with one of Canada’s best-known city cars, the Smart Fortwo. Mercedes-Benz first brought this diminutive two-seater here in 2008, added an electric variant in 2013 and, last year, made that the only way you could order the car.

We’re focusing on the electric variant here because it’s the best version of the Fortwo, boasting more refinement thanks to the lack of the standard version’s engine and the clunky transmission that came with it.

If there’s a downside, it’s that the Smart’s relatively small battery limits how far you can go on a full charge, so unless you know the location of every charging station in the province, you’re best to stay within city limits, whether that be Toronto or Timmins.

Designed primarily for the Japanese market and its crowded city centres, it’s no stretch to suggest the Toyota-built Scion iQ‘s efficient packaging and tiny footprint were inspired by the Smart Fortwo.

Unlike the two-person Smart, however, the iQ is a four-seater that can accommodate two adults and two kids in a pinch. If you do plan to use the back for people, keep in mind there’s no room for cargo unless at least one half of the split-folding rear seat is stowed away.

The iQ came standard with niceties like air conditioning, automatic transmission, keyless entry and power windows and mirrors. You can also count on strong reliability, thanks to Toyota’s reputation for build quality.

Nissan’s smallest car is one of a handful sold in Canada that’s not available in the United States, a distinction for which you can thank this country’s stronger appetite for diminutive cars.

The Micra shares its modest 109-hp engine with the larger Versa, but the car’s sub-1,100 kg curb weight means that’s really all you need. This car’s fun handling is especially entertaining in concert with the standard five-speed manual transmission, but a four-speed automatic is also available, and works perfectly well.

Inside, four adults will be comfortable for short drives, but the snug cabin and road and engine noise are deterrents to extended highway drives.

Designed to be especially affordable in developing nations, the Mirage was criticized in the media for its lack of refinement compared to other city-sized cars when it was launched in Canada in 2014.

Some of that criticism was justified: early cars had a soft suspension that allowed the car to lean alarmingly in corners, and a lack of sound-deadening let a lot of noise from the three-cylinder engine into the cabin.

However, the Mirage is as fuel-efficient as you’d expect a little car to be, and its 74-hp engine is plenty to move the car’s 915 kg around town. Also, though Mitsubishi’s cars tend to be well-built, the Mirage doesn’t hold its value particularly well, making it inexpensive on the used market.

From its introduction in Canada as a 2007 model, the Honda Fit has stood out for its space-efficient interior, which boasts passenger and cargo space even some small crossovers can’t match.

The Fit’s 1.5L engine has grown in power output over the years, but still excels at conserving energy, and while Honda has also added refinement, this is still a car best suited to city streets: highway driving brings out road noise and a tendency to be affected by strong crosswinds.

If you’re looking for big interior space in a small footprint, you won’t find another car that offers a better combination of those characteristics.

If this article were strictly about fuel efficiency, then any version of the Prius family would qualify. But as our focus is on city-sized cars, we’re including the smallest variant, the Prius C, in our list.

Based on the Yaris subcompact sedan and powered by a gas engine working with Toyota’s hybrid electric drive system, the Prius C is at its best in city situations, where its ability to cover short distances on electricity alone helps it earn a better fuel consumption rating than in highway driving.

Toyota’s hybrid models — and the Prius in particular — command premium prices on the used-car market, but if you want to cut fuel costs for city driving without the need to plug in to charge, the Prius C is the way to go.