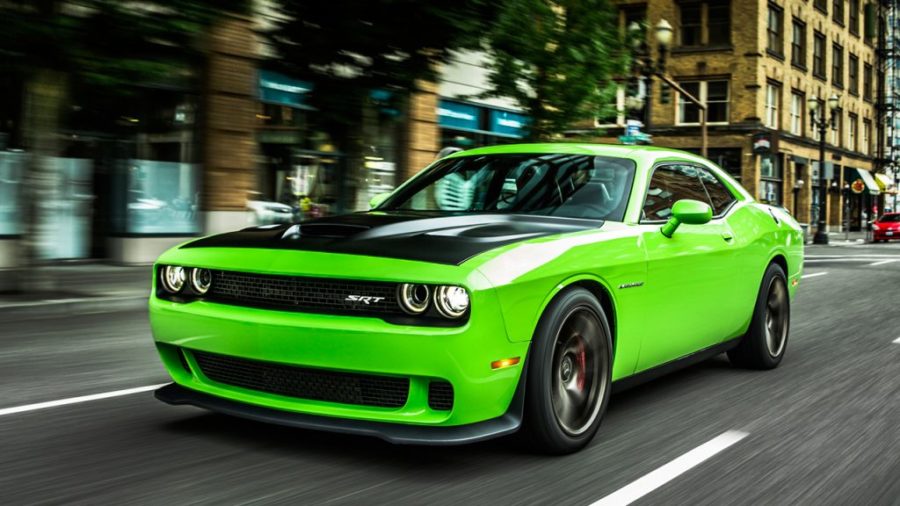 Aside from vehicle styling, paint colour is arguably the aspect of a car’s appearance that most polarizes buyers. Many people choose an understated colour because they believe it will be easier to sell the car when they want to upgrade. But boldly coloured pre-owned cars have little trouble finding new homes, because there’s plenty of demand for a relatively small selection of vehicles in the used marketplace.

Bright paint colours aren’t limited to sporty cars, either. Auto manufacturers realize that buyers in certain mainstream segments are likely to be attracted to standout shades, so they’ll add a couple of punchy options, even if only for one or two model years or as part of a special edition package.

If you’re in the market for a used car that stands out, here are a handful of common models that came in uncommon colours and are relatively easy to find on used-car lots.

The subcompact class is known for cars painted in bold hues, a nod to the fact that even budget-focused buyers deserve a car that stands out on the road. In past years, Chevrolet’s smallest car, the Spark, has been notable for a palette of paint options that has included bright greens and yellows.

More recently, Chevrolet has toned things down, but still offers the Spark in an eye-catching pink called Sorbet, a light blue-green it calls Mint and a good-looking bluish-purple named Kalamata, after the variety of olive.

Subaru has a reputation as a builder of very sensible cars, so when it began marketing its XV Crosstrek (later renamed Crosstrek) compact crossover to younger buyers looking for a rugged lifestyle vehicle, it shook things up with a selection of paint options that stood in sharp contrast to the brand’s usual offerings.

The boldest was Tangerine Orange, which looks striking against the car’s black body cladding. Our other favourites are a dark purple called Deep Cherry Pearl and the grey/beige Desert Khaki that’s more interesting than it sounds and suits this car nicely.

This American automaker dipped into its deep history to come up with some of the more notable colours it has offered on the modern iteration of its Challenger muscle car.

As an added bonus, Dodge attached fun names to some of those hues, like a purple called Plum Crazy, an orange dubbed Go Mango and a sunny shade known as Yellow Jacket. Those colours were even available on the Challenger’s entry-level models, powered by a modest V6 engine.

At the Accent’s introduction in the mid-1990s, this subcompact’s paint options included colours that could have been borrowed from a cosmetics company’s lipstick palette. As this little car has grown up, so have the paint choices, and one of our favourites is a metallic brown called Coffee Bean that Hyundai added in 2015.

It only lasted three years, until Hyundai redesigned the Accent for 2018, but this car’s popularity means it’s not too hard to find.

We could argue the stylish Mini Cooper looks good in just about any colour you throw at it, but to us, this sporty compact looks particularly good in a shade called Pepper White, which despite its name is actually closer to cream.

It works with the Cooper’s classic proportions to lend this upscale subcompact a classy feel that befits the car’s rather expensive pricing, and looks great with black stripes running the length of the hood and roof.

For many years, BMW has offered a stunning shade called Estoril Blue on a wide variety of its models. The colour is named for the Portuguese racetrack that hosted that country’s Formula One Grand Prix race from 1984 to 1996, and where the late Ayrton Senna won his first F1 race in 1985.

Despite Estoril Blue’s wide availability, we’ve singled out the 3 Series because it’s BMW’s best-known model: an important consideration, given that the colour has typically been limited to cars fitted with the optional M Sport package, making it the shade listed here that will be most difficult to track down.