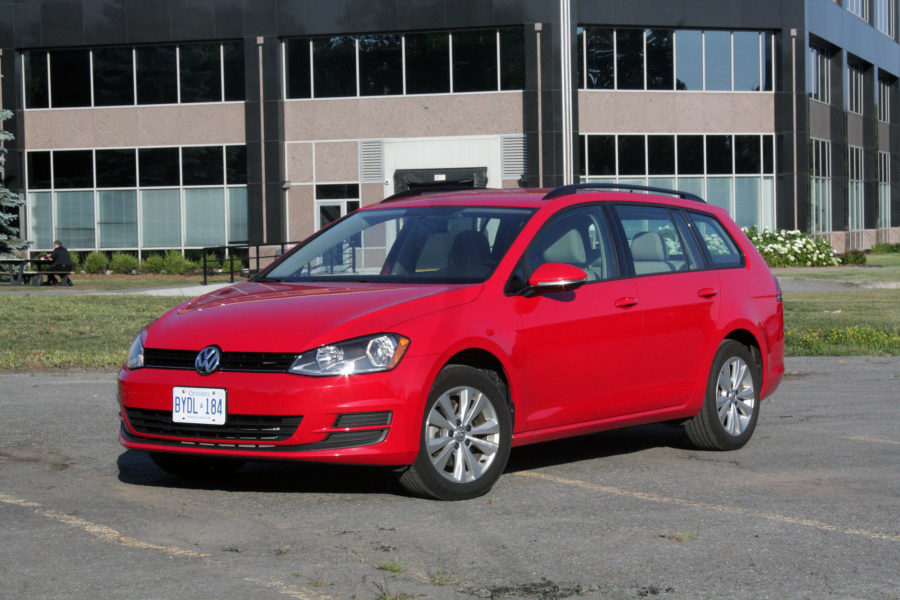 Station wagons have mostly disappeared from new-car showrooms as manufacturers have replaced them with crossovers. While a handful of car companies still offer wagons, there’s more selection in the used market, especially if you’re looking for an inexpensive wagon based on an economy car platform.

Despite their compact size, these inexpensive wagons are a practical alternative to small crossovers and SUVs. You’ll find similar interior space, and their more direct links to sedan models mean more car-like performance. As with most of our used-vehicle articles, this one focuses on models that were sold new during the last decade.

Volkswagen redesigned its Golf compact wagon in 2010 and again in 2015. They added an AWD option called Alltrack in 2017 and renamed the car the Golf Sportwagen in 2018.

Note that the Golf is more common as a hatchback, so to avoid wasting time, make sure the car being advertised is indeed the wagon.

The Hyundai Elantra Touring shares its styling and suspension with the Hyundai i30, which the company designed in Germany for the European market. It uses the same engine and transmissions as the Elantra sedan but offers a firmer ride and better handling.

The short-lived Chevrolet Orlando is a small wagon based on the same platform as the original Cruze sedan. New buyers could order one with either six-speed manual or automatic transmissions. Of the cars discussed in this article, the Orlando is the only one with three rows of seats.

Fiat introduced the 500L in 2014, two years after the brand returned to North America with the subcompact 500 hatchback.