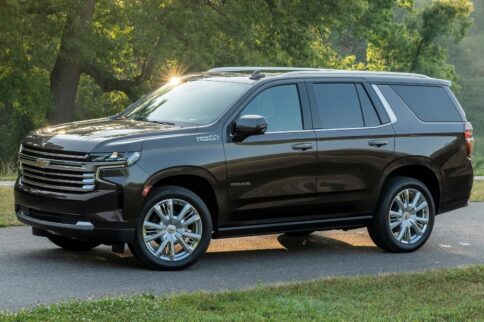 Late-model vehicles are more dependable than ever, according to the latest data from the auto industry analysts at JD Power, whose 2021 dependability study noted a 10 per cent drop in complaints from owners of three-year-old cars and trucks compared with last year.

The study’s three-year timeframe means that 2018 models are under the microscope this time, and it seems that was a particularly good year for vehicle quality. At the time, JD Power’s 2018 Initial Quality Study (IQS) showed that vehicle quality had improved for the fourth year in a row and had reached its highest level ever.

For its dependability rankings, JD Power rates auto brands and vehicles on a scale of problems per 100 vehicles (PP100), looking at 177 specific vehicle features and components. To gather data for the study, the organization polls vehicle buyers across the United States to ask them what vehicle faults they have experienced in the previous 12 months. The lower the PP100 rating for a brand or vehicle, the better.

Because the JD Power dependability study looks at three-year-old vehicles, you could use this ranking as a starting point if you’re shopping for a late-model used car or truck. There are always plenty of three- and four-year-old models to choose from that have just come back to dealerships at the end of a lease term.

Kia is this year’s most-improved automaker, with an overall score 35 P100 lower than last year. Next are Cadillac, Acura and Hyundai, which tied for a 31 PP100 improvement, and Mitsubishi, whose PP100 figure fell by 30 points.

Korean cars are among the most dependable, with Hyundai and its Kia and Genesis subsidiaries scoring a combined 99 PP100 – 19 points better than the collective score for all Japanese brands.

For the first time, JD Power included EV manufacturer Tesla in its 2021 dependability ranking with a score of 176 PP100. However, the brand’s result is unofficial because there are 15 U.S. states that require an automaker’s consent to survey its customers, and Tesla refused in all of them.

Cars Are More Dependable Than Trucks and SUVs

This year, car models scored best overall, with a collective ranking of 111 P100. SUVs were next at 122 PP100, and the overall score for trucks is 130 PP100. Those statistics are important, says JD Power, because (in the U.S., at least) trucks and SUVs account for 80 per cent of new vehicle sales, and the situation is not much different in the Canadian marketplace. JD Power suggests that if automakers want to keep their customers satisfied, they need to address dependability complaints directed at their truck and SUV models.

This year, Chevrolet, Kia and Toyota each had three vehicles finish atop their respective segments.

For Chevrolet, those are the Camaro (mid-size sporty car), the Tahoe (large SUV), and the Silverado HD (large heavy-duty pickup).

The top Toyota models are the Avalon (large car), Tundra (large light-duty pickup), and Sienna (minivan). Toyota’s upscale Lexus brand, along with taking the best overall prize, was recognized for its ES model (compact premium car) and GX (mid-size premium SUV). Porsche was the only other brand awarded for more than one model. As mentioned, the 911 sports car is this year’s most dependable model overall, and the Porsche Macan is JD Power’s most dependable compact premium SUV.