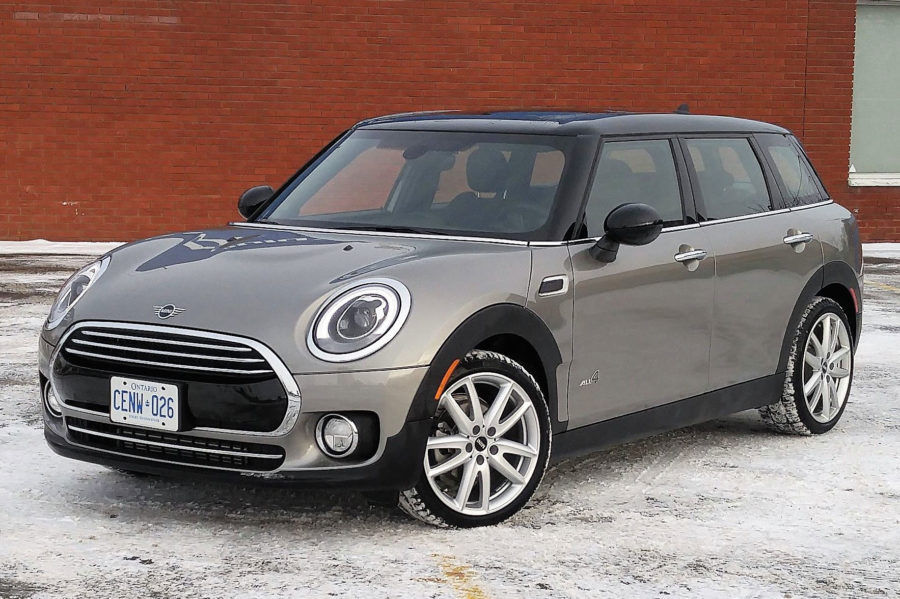 BMW bought the Mini brand about 20 years ago. They reintroduced the iconic hatchback as a larger, more luxurious version of the original. That extra size was a sign of things to come.

In 2014, the third-generation BMW-built Mini Cooper came along looking large next to its recent predecessors, never mind the original Mini of the late 1950s. The Clubman wagon and Countryman SUV followed the Cooper, which gave Mini two more spacious vehicles with which to stock their showrooms.

The obvious irony is that the Clubman is not exactly mini. A friend who hitched a ride in our tester’s back seat exclaimed, “This Mini is huge!” when she got in. Huge for a Mini, sure, but like many small crossovers, it’s tough to fathom how a car that takes up so little space can weigh 1,544 kg. This one did with its standard AWD and the optional (and heavier) automatic transmission. For context, that’s 320 kg heavier than the Mini Cooper three-door hatchback. It is as hefty as a posh version of the Honda Accord full-size sedan.

Contrary to our friend’s assessment, the Clubman is not huge. Rather, there’s useful room for four and good cargo space behind the rear seat in a cabin as spacious as a subcompact crossover’s. From the driver’s seat, quirks include climate controls mounted too low on the dash and a rear view compromised by the two side-hinged cargo doors.

All entry-level Mini models use a 1.5L, turbo three-cylinder engine whose performance is underwhelming when saddled with this car’s mass. It’s fine for moving the car from a stop, but once at speed there’s not much in reserve for highway passing. The Cooper S Clubman’s 2.0L turbo engine is a big step up, and one we think is worth making.

The Mini Cooper Clubman’s price starts at $28,690. At that point, the most notable omission from the car’s standard features are heated front seats. You can add them for $1,300 as part of the Classic option package (which also adds a sunroof and fog lights). For a more luxurious experience go with the $5,850 Premier+ package. That adds niceties like navigation, wireless smartphone charging, Apple CarPlay compatibility (there’s no Android option here) and LED headlights that follow the steering. A mid-range Premier option group gets passive keyless entry, an auto-dimming rearview mirror, automatic climate control and power-adjustable front seats. Conspicuous by its absence in our $41,430 test car was a heated steering wheel. This feature has become common even in more affordable cars.

For about $10,000 less than our Mini’s as-tested price, small crossovers like the Nissan Qashqai and Ford EcoSport come with similar features. This includes a heated steering wheel and similar performance. Count the Honda HR-V in that cohort too, though it lacks a heated wheel. If we were looking for modest, competent performance, any of those vehicles would be an affordable means to that end.

How We Would Option the Car

The Clubman stands out for its style and class-above handling. However, for this car’s premium price, we want more of everything, including straight-line performance. To get that, we’d happily forgo a few of our test car’s luxury items to cover the $3,000 jump to the Clubman S. The Clubman S’s more potent engine is better at living up to the Mini brand’s upscale aspirations.