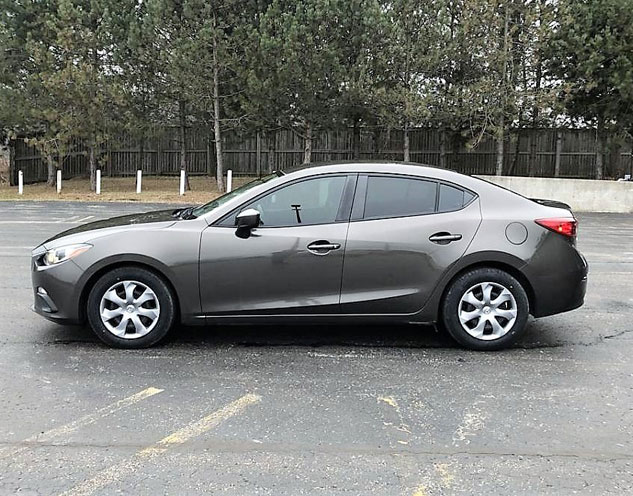 Canadian fans of compact cars have a lot of choice. Little sedans and hatchbacks are big sellers here, so used-car lots across Ontario are loaded with them. These small cars have also undergone a recent revolution in refinement. Even if you’re looking for cheap transportation in a roughly 10-year-old compact, you’re going to get a reasonably comfortable car if you shop carefully.

In order to narrow our look at the segment, we have scanned sales statistics for the 2017 calendar year. We found the cars that sold in excess of 20,000 units nationwide. Here are the six vehicles that meet our criteria, presented in descending order of sales.

The Honda Civic has been Canada’s best-selling car model for several years, thanks to strong reliability and thrifty fuel economy. Honda has dealers as far north as Kenora and Timmins, so there are likely to be used examples even in the more sparsely populated parts of the province. If you try to shop local, note that Honda builds the Civic in the southwestern Ontario town of Alliston.

Few cars can boast a reputation for reliability as strong as that of the Toyota Corolla sedan. Still, there are a few issues to be aware of.

The Elantra sedan that arrived in 2011 brought a lot of style to the compact class. The Elantra Touring was a station-wagon variant available through 2012. Hyundai replaced the touring model with the smaller the Elantra GT hatchback in 2013.

Mazda redesigned its compact sedan and hatchback into a second generation for 2010, and a third-generation model arrived in 2014. This Mazda provides good looks and fun driving feel. The Mazda3 has also proven quite reliable.

In 2011, Chevrolet introduced the Cruze as a replacement for the Cobalt. Designed for both North America and Europe, the Cruze boasts nice handling and a sophisticated driving feel.

Volkswagen’s compact hatchback has historically offered class-leading refinement and comfort in the class. However, many of VW’s competitors have caught up in that regard in recent years.