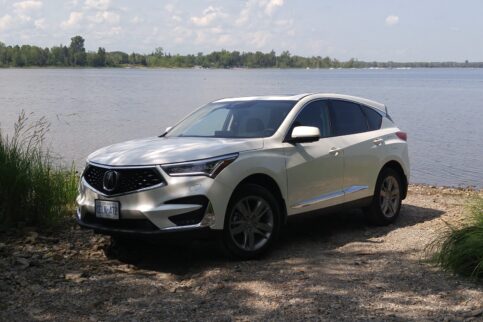 Buying a used car can feel a bit like wandering through the Wild West. How do you know whether the seller you’re dealing with is being honest about the vehicle you’re buying?

Still, the used marketplace is tempting with its lower prices compared to new vehicles, especially if you’re looking for a car or truck that’s only been on the road for two or three years.

Like any used car, one being sold under a CPO banner will be less expensive than a comparable new one. However, a CPO vehicle comes with the dealer’s assurance that it has been thoroughly inspected, often backed up with extra warranty protection beyond what may be left of the manufacturer’s original coverage.

But every brand’s CPO program is different, so how can you tell whether you’re getting good value for your used-vehicle dollar?

The industry experts at Vincentric have answered that question with their third-annual Best CPO Value in Canada Awards.

To name the brands and models it considers Canada’s best values in the CPO market, Vincentric does a deep dive into the costs of driving a vehicle in Canada. This year, it looked at more than 13,000 individual vehicle configurations to calculate each one’s ownership costs over an annual driving distance of 20,000 km based on factors like depreciation, maintenance, repairs, fuel, and insurance.

The result is a list of five brands and 28 models that Vincentric rates as the best bets among CPO cars and trucks.

Vincentric named Mitsubishi this year’s best passenger-car brand for the subcompact Mirage G4 sedan and Mirage hatchback. The two Mirage variants are the last remaining car models in Mitsubishi’s lineup, which otherwise consists of SUV and crossovers. The Mirage is powered by a 1.2L three-cylinder engine that makes it one of Canada’s most fuel-efficient gasoline-powered cars.

Audi is 2020’s best luxury car brand, thanks to the cost of ownership performance of its A5 and S5 coupe models and A3 convertible. While the A5 and S5 are essentially the same car with different engines, the former was named best luxury coupe, while the latter is this year’s best luxury mid-size coupe. The subcompact A3 Cabriolet is Vincentric’s pick for best luxury convertible.

Mazda was named this year’s top SUV/crossover brand, with the CX-3 and CX-5 taking honours in the subcompact and compact SUV categories. The Mazda3 also won this year’s best value in the compact car segment. All three models are notable for being among the most stylish and driver-centric vehicles in their segments.

Acura is Vincentric’s pick for best value among luxury SUV/crossovers with the RDX and MDX compact and mid-size models topping their respective categories. Both use Acura’s well-done Super Handling all-wheel drive system, which aids handling by distributing engine power as needed between the left and right rear wheels. Acura’s sedan models get less attention than its SUVs, but the ILX and TLX earned accolades in the compact and mid-size luxury sedan groups. As we write this, the company is getting set to launch an all-new version of the TLX.

Finally, Ford is this year’s best-value truck brand. Its F-150, F-250 and F-350 models were named best in Vincentric’s half-ton, three-quarter-ton and one-ton pickup categories, respectively. The F-Series is notable for being the industry’s only pickup line with aluminum bodywork. Two other Fords were named best-in-class, too: the Fusion Hybrid sedan is the best mainstream hybrid, and the Flex is the best value among large SUV/crossover models. Ford recently discontinued both models.

The Toyota Corolla is tops among compact hatchbacks. Redesigned in 2019, it’s a stylish car that marks a departure for this normally staid economy car.

Best value in mid-size sedans goes to the Kia Optima. The Korean company last redesigned this family car in 2016, and a new generation is set to arrive this fall bearing a new K5 name.

The Buick LaCrosse is Vincentric’s best CPO value pick in the large sedan class. Buick dropped the LaCrosse after 2019, making it a victim of the luxury marketplace’s move toward trendier SUV and crossover models.

Vincentric’s choice for best value among large luxury sedans is the Volvo S90. This big four-door uses Volvo’s twin-charged engine technology, which uses both turbo- and supercharging to draw up to 330 hp from a 2.0L four-cylinder engine. The S90 also offers a plug-in hybrid with 400 hp.

Best value in sports cars goes to the Hyundai Veloster. The second generation of this fun hatchback arrived in 2019 and helped introduce sport compact fans to the company’s N line of performance cars. Power ranges from the base model’s modest 147 hp to 275 hp in the Veloster N.

BMW shifted its focus from station wagons to SUVs many years ago, but the BMW 3 Series Touring makes the cut as Vincentric’s best CPO value in the wagon class. This car is a rare combination of the brand’s athletic handling with compact-car practicality.

Vincentric’s nod for best CPO value for mid-size crossovers goes to the Subaru Outback. Many crossovers boast of car-like characteristics, but none is as honest about it as the Outback, which is effectively a Legacy sedan wearing a station-wagon body and a lifted suspension.

Fiat Chrysler Automobiles recently announced the Dodge Grand Caravan will move to the company’s Chrysler brand, but for now, the boxy Dodge version boasts the best pre-owned value in the minivan segment.

For all the headlines electrified vehicles get these days, hybrid crossovers are not common. Vincentric’s pick for the one offering the lowest ownership costs is the Lexus NX h, a gas-electric version of the brand’s smallest utility model.

Finally, the mid-size pickup truck that promises the lowest running costs is the Honda Ridgeline. The Japanese company’s sole pickup model is an innovative vehicle with a dual-function tailgate and a weatherproof cargo hold built into the truck bed.