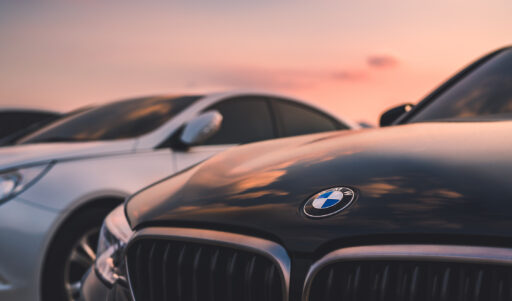 Today, upscale European automakers are the only ones that believe there’s some life left in the station wagon segment, mostly because these vehicles are still considered desirable by drivers in their home market.

In North America, that means the only station wagons left are sporty premium models whose prices may be out of your reach. Compact sport utility and crossover vehicles are the most common alternatives, but they’re generally less fun to drive. If you’re set on owning a late-model compact station wagon from one of those European brands, a used example may be the only way you can pull it off.

Keep reading for our buyer’s guide to shopping for a used compact European wagon.

The A4 Allroad is a station wagon version of Audi’s compact sedan with a taller suspension and some SUV-like styling details. We’re looking at two distinct generations of the Allroad here: the B8, sold from 2013 through 2016; and the B9, which arrived in 2017 and, as we write this, is still in Audi showrooms.

Both are powered by a 2.0L turbocharged four-cylinder engine. It makes 211 hp/258 lb-ft of torque in early versions of the older B8 generation, with horsepower rising to 220 for later B8 cars; all B8 Allroad models have an eight-speed automatic transmission. The B9 boasts 252 hp and 273 lb-ft and a seven-speed dual-clutch transmission. Quattro all-wheel is standard.

One B8 Allroad owner compiled discussions about engine timing-chain failures, which some owners say is a common issue in these cars.

And here is a chat about oil consumption in the Audi/Volkswagen 2.0L turbo engine.

VWTuning.co compiled information on seven common trouble spots with the A4 Allroad’s engine. These include the oil consumption and timing chain problems we mentioned above, but other things to watch for are ignition coil and water pump failures, coolant leaks, intake-valve carbon buildup, and bad positive-crankcase ventilation (PCV) valves.

If you have a B8 Allroad with an annoying squeak coming from the cargo area, try this owner’s DIY fix.

Here’s a discussion about another common interior noise, which comes from the panoramic sunroof.

And here, B9 Allroad owners investigate the source of a whistling sound that might be a normal byproduct of the dual-clutch transmission. (https://www.audiworld.com/forums/a4-allroad-b9-platform-discussion-216/whistle-sound-low-speeds-2017-premium-plus-2942971/)

BMW launched the sixth generation of its iconic 3 Series in 2012. A 3 Series Touring station wagon arrived two years later as a 2014 model. There was a 2012 3 Series wagon, but it was carried over from the previous-generation car and is not covered in this article.

You’ll see evidence of the 3 Series Touring’s limited appeal in its availability with two of the car’s least-powerful motors. The 328i Touring used a 2.0L turbocharged gasoline four-cylinder (241 hp/258 lb-ft), and a 328d got a 2.0L diesel four-cylinder with 180 hp and 280 lb-ft. An eight-speed automatic transmission and all-wheel drive were both standard.

Some owners of early versions of the 328i had faulty engine-timing chains that could fail, potentially causing serious engine damage. BMW apparently redesigned the timing-chain system in 2015. If you’re looking at an early (2014) 328i Touring, this issue should be at the top of your list when you have a pre-purchase inspection done. When driving, listen for a whirring sound when the engine is running. This can indicate worn-out chain guides and point to a future failure.

There are numerous complaints about fuel-pump failures in the gas-powered 328i. This is a long-running issue with BMW turbocharged engines. Symptoms of a failing pump are long crank times before starting and poor performance, particularly at higher engine speeds. In the worst case (which is rare) the pump can pass metal shavings into the fuel system, which can require extensive fuel system and engine repairs. In most cases of a failed pump, the car will either simply not start or stall unexpectedly.

In 328d diesel models, the 3 Series Touring uses exhaust fluid to control the car’s emissions. There’s a separate reservoir for that fluid and a heater system to keep it from freezing in winter weather. Some owners have reported heater failures that can trigger a “check engine” light and affect the car’s performance.

When looking over a used 3 Series wagon, have a look for evidence of oil leaks. This is another item to ask your mechanic to look for during a pre-purchase inspection.

In this chat, C-Class owners discuss rough shifting during acceleration with the seven-speed transmission. Mercedes says some transmission issues are software-related.

This thread details some C-Class owner experiences with engines that shut off by themselves under specific conditions.

If you are annoyed by excessive wind noise in your C-Class, Mercedes issued a service bulletin to address this complaint.

And here’s another noise-related chat about interior squeaks and rattles.

As with the Audi A4 Allroad at the top of this article, we’re covering two generations of the Volvo V60 here. The earlier model arrived in 2015 based on the previous-generation S60 sedan. The newer V60 came to Canada in 2019 alongside an all-new version of the S60.

The redesigned 2019 V60 kept the base 2.0L turbo engine, and the optional turbo/supercharged version’s output was 316-330 hp depending on trim. In 2020, a plug-in hybrid arrived; its electric motor and the turbo/supercharged engine makes 400 hp/472 lb-ft in base form and 415 hp/494 lb-ft in a sportier Polestar variant.

All four-cylinder models use an eight-speed automatic transmission, and the older five-cylinder came with a six-speed. Used V60s have either front- or all-wheel drive, depending on model year and engine choice.

Some owners of V60 models with the Drive-E four-cylinder engine say they can hear a clicking noise when they accelerate that is accompanied by a partial loss of power. The theory is this is caused by “pinging,” or fuel detonating before the spark plug fires.

This thread suggests that some early versions of the Drive-E engines had faulty piston rings, which Volvo redesigned for the 2016 model year. Among the signs of a failed ring (or rings) are poor acceleration, excessive oil consumption, and visible smoke from the exhaust. Here, a V60 owner describes having to have the rings and pistons replaced in their car.

Here, owners discuss getting a low-battery warning even after putting a new battery in the car.

A handful of owners of older V60 models say they’ve had to replace the front suspension struts after the car began making clunking sounds and other noises in turns.

When shopping for a used V60, pay attention to the brakes, looking for premature wear of pads and rotors, and verify the car isn’t displaying any fault codes via the “check engine” light. It would be a good idea to have a technician scan the car’s computer for any codes that may have been reset without addressing the root cause of the issue.

Other worthwhile things to check in a used Audi, BMW, Mercedes-Benz or Volvo station wagon

All of the cars we’ve discussed here will have some kind of infotainment system, which may be touchscreen-based or operated via a control dial. Spend some time using it to make sure all the functions contained in it work, the screen doesn’t freeze, and the system doesn’t suddenly crash and/or reboot.

Before or after your test drive, play with everything in the car that runs on electricity. This includes the power windows and locks, side mirrors, seat controls and heaters, and climate control, along with the sunroof and power tailgate, if the car has those features. Note anything that does not do what its button says it should and get your mechanic’s opinion on repair costs before you buy the car.

Also, some of these wagons offered adjustable suspension systems that let you choose the level of ride comfort. In a car so equipped, make sure this system works well, as out-of-warranty repairs can be expensive.