Car Reviews and Tips » Supercharging for All 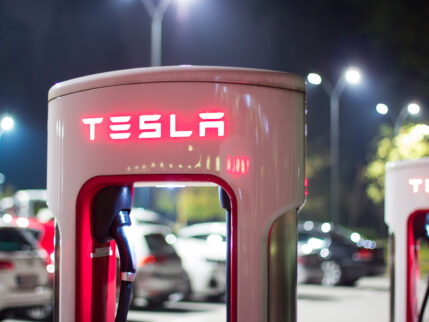 The Government of Canada has declared that all vehicle sales by 2040 will be electric vehicles (EV). But for that to happen, the next 19 years have to see a large influx in the adoption of EVs. Until now, each province has only seen an increase of single-digit percentages year over year. The leading issue with EVs is range anxiety, caused in large part by the lack of a reliable fast-charging network for most EV owners. Tesla, a leader in EVs, has invested time and money into building a fast-charging network, but that network has only been available to Tesla drivers. What will it mean for Canadians when Tesla opens its chargers to every EV later this year?

With different businesses and startups working on charging stations in this country, it’s hard to find one consistent provider for a long road trip. Unlike gas stations, where you can walk into the store and pay cash, many EV charging stations ask you to pay through a smartphone app.

So, customers find themselves downloading multiple apps and creating multiple accounts just to access reliable electricity for their EV.

Of all the provinces, Quebec’s provincial hydro made an investment of $10.7 million to match $9.5 million invested by Ottawa to increase its charging infrastructure. However, incentives for EVs are high in Quebec.

In Ontario, second in area to Quebec but with almost twice the population (14.5 million vs. 8.5 million), the same investment in charging stations is not being made. Quebec has about 2,000 charging stations, whereas according to the Ministry of Transportation in Ontario, Ontario has only about 1,300.

This makes finding a generic charging station in Ontario a challenge. Thankfully, most EVs, like the Nissan Leaf, tell you where the nearest charging station is in their navigation system. However, it doesn’t solve the issue of range anxiety, because it can be quite the drive before you find a station.

When Tesla opens its chargers to non-Tesla drivers in Ontario, it will add 61 more chargers to the province’s current 1,300.

What Do Open Chargers Mean For Tesla Owners?

Tesla owners may find themselves standing in line more often, at least for now. But if Tesla CEO Elon Musk is known for anything in addition to innovation, it’s growth, and Tesla owners can bet he’ll continue to grow the Tesla charging infrastructure. By allowing everyone to use Tesla chargers, the company will certainly gain the capital sooner to create new charging stations.

How Does This Benefit Non-Tesla Owners?

Granted, non-Tesla owners will have to download another app to their phone and open another account. But perhaps an argument could be made that they’re already used to this system.

But overall, this offers more flexibility. In Canada, Tesla’s network isn’t huge, but it is worldwide and includes over 900 stations in the US. For many Canadians who cross the border, this makes it easy to charge an EV no matter what country you’re driving in.

Take Charge of Your Charging