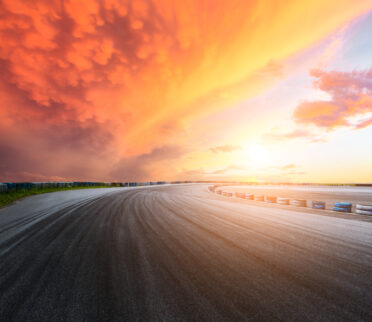 Driving a car on normal roads in Ontario can be a joy for some people. But some may want a little more thrill and see what their car can really do. In this blog post, we’ll explore five race car tracks in Ontario and are less than a two-hour drive from Toronto. They offer the ability to race your own car, try an exotic car, or just enjoy the sights and sounds of a race track here at home. Depending on the track and the series, you could even win some money, depending on how well you do.

Flamboro Speedway opened in 1962 and celebrated its 60th anniversary in 2021. It has been family owned and run since day one.

Toronto Motorsports Park (TMP) is a race track about an hour south of Hamilton. Its road track is 3 km long, and its drag strip is a 1/4 mile. TMP is home to drag races, exotic car experiences, and superbike races. Canadian Sport Compact Series (CSCS) is an opportunity for people to race their own vehicles on a track day with other motorists. It also offers the opportunity for companies in the industry to showcase products. CSCS takes place at both TMP and Grand Bend Motorplex.

Grand Bend Motorplex is a 1/3-mile race track in Grand Bend, a town 55 minutes north of London. The best part of Grand Bend Motorsports Park is that the beach is only a few minutes away, so you can race your car and go to the beach in one day!

Sunset Speedway is a NASCAR-sanctioned, 1/3-mile, semi-banked short track oval. It offers the same style of weekly races between May and October as Flamboro. Sunset has also been host to the NASCAR Pinty’s Series since 2015.

The speedway has been open since 1968; however, new ownership in May 2009 saw major upgrades. They replaced the track asphalt, added a pit road, and replaced the grandstands. Sunset Speedway is considered one of the best tracks in the country.

Oshweken Speedway is a 3/8-mile dirt track in Oshweken, a village a half an hour south of Hamilton. They host weekly race series from May to September with categories like 360 Sprint Cars, Crate Sprint Cars, Thunder Stocks, and Mini Stocks. Micro sprint racing occurs every Thursday night again from spring to fall.

The speedway was built in 1994 by racecar driver Glenn Styres on his family’s 80 acres of land on the Six Nations of the Grand River First Nations Reserve. It has been expanded and improved every year. This includes an increase to over 8,000 seats in the grandstand in 2008, and an upgrade in lighting.

Within a two-hour drive from Toronto, you can enjoy the thrill of racing your car along beautiful tracks. You can learn what your car can do and really see how you, as a driver, perform. Just want to watch? No problem at all. Either tag along with your driver friends, or check out the many racing events these tracks offer. Just remember your ear plugs!