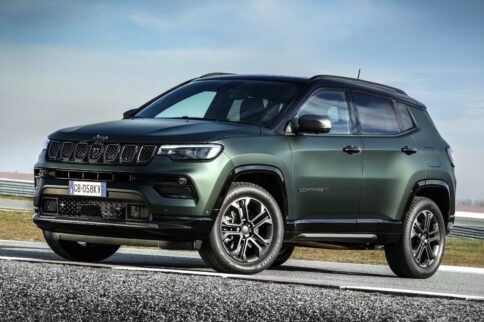 In the sport utility vehicle (SUV) segment’s early days, they were some of the least fuel-efficient mainstream models you could buy, as many of them were based on truck platforms.

A move toward crossover SUV models that share underpinnings with cars helped reduce their fuel consumption, making them cheaper to run and boosting their popularity.

In recent years, crossovers have benefited from much of the same technology that has helped automakers reduce fuel consumption across their lineups, including smaller turbocharged engines, direct fuel injection, and better transmissions.

In this article, we take a first look at which domestic compact crossover models available today have made the biggest advances in fuel economy in the past decade. Because of the size of this segment, we’ll look at the best-selling import models – which make up the larger share of the category – in a second article.

Of the domestic-branded compact crossovers we’re looking at today, none has come as far in 10 years as the Ford Escape. The fourth-generation 2021 model currently listed on Ford Canada’s website features an all-turbo engine lineup and a standard eight-speed transmission. Ten years ago, Ford was still selling the boxy second-gen Escape, a less-sophisticated machine.

For our comparison, we’re lining up today’s entry-level Escape S AWD against the 2011 XLT 4WD trim, which was the Escape’s base model that year. The new Escape’s standard engine is a 1.5L turbo three-cylinder, which promises much lower fuel consumption than the 2011 model’s 2.5L four-cylinder.

In 2011, the Escape XLT 4WD ($27,999) came with alloy wheels, A/C, keyless entry, a power driver’s seat, cruise control, auto on/off headlights with fog lights, heated side mirrors, and a tailgate with glass that could be opened separately.

General Motors’ Chevrolet and GMC brands both compete in the compact crossover class, but we’re focusing on the Chevrolet Equinox here as it’s less expensive than the mechanically similar GMC Terrain.

In 2012, the second-generation Chevrolet Equinox was two years into its run. In 1LT AWD trim ($30,875), it came with a 2.4L engine and a six-speed automatic transmission. Convenience and comfort features included automatic climate control, heated side mirrors, fog lights, a backup camera, and a touchscreen radio, in addition to the base LS’s 17-inch alloy wheels, power windows, cruise control, auto on/off headlights, and a sliding rear bench seat.

In 2022, the Equinox LT AWD ($30,998) has a 1.5L turbocharged four-cylinder engine and a six-speed transmission. It boasts LED headlights, a power driver’s seat, forward collision alert with emergency braking, heated front seats, and passive keyless entry. However, the LT trim does not include automatic climate control.

At its 2007 introduction, the Jeep Compass was a controversial departure for the brand: a car-based crossover that shared its chassis with the Dodge Caliber hatchback but still offered some off-road ability, in keeping with Jeep’s reputation.

Jeep refreshed the Compass in 2011 with smoother styling, an optional off-road package, and Jeep’s “trail rated” designation. All AWD Compass models got a 2.4L engine and started with a manual transmission that could be optioned to a continuously variable transmission (CVT).

A decade later, the 2021 Compass looks different, but hasn’t changed much underneath. Power is still from a 2.4L engine whose main fuel economy advantage comes in highway driving. A six-speed automatic transmission replaced the CVT when this second-generation Compass arrived in 2018.

Pricewise, the base Sport trim ($31,195) is the best comparison to the 2011 Limited. It comes with 16-inch wheels, dual-zone A/C, a 7.0-inch touchscreen stereo, heated front seats, cloth upholstery, and Android and Apple smartphone integration. You can still get a Compass in Limited trim, but it’ll now cost you nearly $38,000.