Car Reviews and Tips » Magnesium-Ion Batteries: The Future of EVs? 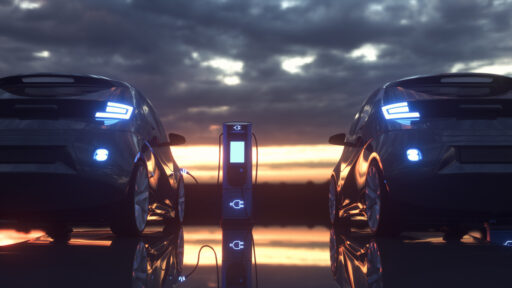 As electric vehicles continue to grow in popularity, an ongoing question is what kind of battery is best to power them? So far, lithium-ion batteries have dominated the EV market. However, a new element, so-to-speak, has been on the horizon. According to this article in Advances in Mechanical Engineering, magnesium-ion batteries may prove superior.

The first lithium-ion battery was made in 1985, hitting the market commercially in 1991. Today, these batteries power many devices, including most EVs on the road. From BEVs, to PHEVs, to HEVs, lithium has been the go-to for getting these vehicles moving—and for good reason.

First, let’s look at weight. An EV’s weight is directly correlated to how well it performs and for how long. With less weight, an EV can travel farther without needing to charge. Compared to other common battery elements, lithium-ion has consistently come out on top as the most energy dense, most eco-friendly, and with the lowest self-discharge rate.

But there’s always a but, right? Well, there are two important ones.

Like gasoline, lithium is not an infinite resource. Experts believe we’ll eventually run out of the element as demand increases. They just don’t know when. As supply depletes, the price to manufacture these batteries will rise.

Third, lithium-ion batteries have also been linked to safety hazards, with some batteries catching fire when damaged.

Amid these concerns, scientists have posited that magnesium, one of the most abundant elements in the earth’s crust, could be a promising substitute.

The Rise of Magnesium

Although lithium-ion batteries beat out many of their current competitors on the market, an upcoming contender they may not be able to compete with is magnesium-ion batteries.

Though heavier than lithium, magnesium-ion batteries can produce double the amount of energy. They’re also considered safer because they don’t form dendrites. (Dendrites are whiskers of lithium that populate inside batteries.)

Since magnesium is eight times more plentiful than lithium, magnesium-ion batteries would also be much cheaper to manufacture.

There are still several research questions and concerns surrounding magnesium-ion batteries. While they can’t compete commercially yet with lithium-ion batteries, they have certainly showed to be worth further exploration.

For the time being, lithium-ion batteries are likely to continue commanding the EV space. Before they can become widely available, magnesium-ion batteries need more research in certain areas of the battery’s design before commercial manufacturing can even begin.

So, if all of this excites you, don’t wait for magnesium-ion batteries. It may still be years before we see them in EVs. In the meantime, focus your search on energy-efficient EVs. This will help you find a suitable vehicle for your budget while keeping sustainability in mind. Whether you decide to transition to an EV, we could see many more of these cars powered by magnesium-ion batteries in the future.