Car Reviews and Tips » Is Your Vehicle Causing Too Much Noise? 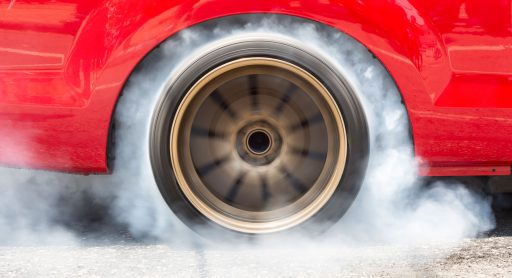 Last month, Toronto mayor John Tory announced that Canada’s largest city would crack down on vehicles whose modifications cause excessive noise. This includes making modifications to the muffler and any other changes that result in a noisier car. Are there legal limits to how loud your car can be?

Tory acknowledged that the aim was not to make Toronto as silent as a provincial park. He said, “But the thing they have no understanding and no patience for, and I tend to agree with them, is noise that is caused by vehicles — especially people who are deliberately revving their engines and otherwise modifying their equipment to create an excessive level of noise that is disrupting the lives of people who are living in the city.”

Toronto police and bylaw officers would be conducting blitzes throughout the summer. In addition, a new bylaw comes into effect Oct. 1 in Toronto which will further define acceptable noise levels coming from vehicles.

I used to live near a busy intersection in my city, which is a fraction the size of Toronto, and unnecessarily loud cars occasionally awoke me, too. It was frustrating, to say the least. If I’d had a job that required alertness in order to stay safe, frequent awakenings because of modified cars and excessively loud radios could have put my safety in jeopardy by interrupting my sleep so much. Although that wasn’t the case for me, I’m certain it is for others.

However, loud cars can damage hearing. Maybe not one car by itself—though it would still disturb others—but living in a city with many loud cars can.

Health Canada published these figures to help you understand when loud is too loud:

Car Noise and the Law

Cities can create their own noise-related bylaws, like Toronto is. In Ottawa, for example, Section 15 of bylaw 2017-255 says, “No person shall cause or permit unnecessary motor vehicle noise such as the sounding of the horn, revving of engine and the squealing of tires of any motor vehicle on any property other than a highway.”

Your own city or township may have similar bylaws.

However, excessive noise is also covered in the Highway Traffic Act. For example, section 75, sub-section 1 says: “Every motor vehicle or motor assisted bicycle shall be equipped with a muffler in good working order and in constant operation to prevent excessive or unusual noise and excessive smoke, and no person shall use a muffler cut-out, straight exhaust, gutted muffler, hollywood muffler, by-pass or similar device upon a motor vehicle or motor assisted bicycle.  R.S.O. 1990, c. H.8, s. 75 (1).”

There are exceptions, but generally speaking, a muffler in good working order is always required.

Think of Everyone Else Who Hears Your Car

It may feel good to rev your engine, to feel those vibrations travel through your body. It feels powerful, and you’re in control of the machine that produces that sound.

But the sound and feeling inside your vehicle are much different from for those standing outside of it. Before you make any modifications to your vehicle, understand what laws exist that govern those modifications. Then go ahead and make your car the most personalized expression of you that you can.