Car Reviews and Tips » How Laws Change the Design of Cars: Headlights and Tail Lights 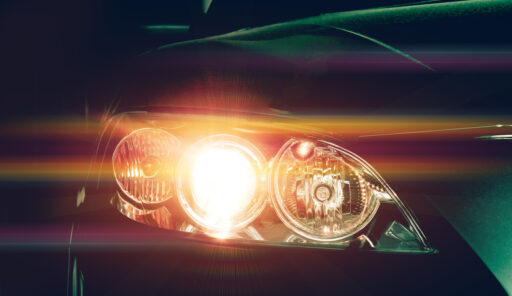 Motor safety laws in Canada dictate many aspects of vehicle design. In Ontario, your car must meet safety standards to have a licence plate and therefore be driven on roads. A new safety law comes into effect in Canada in September: tail lights that turn on automatically with daytime running lights.

The Development of Lights on Vehicles

Electricity was already in homes by the 1880s. However, it wouldn’t be until 1898 that the Electric Vehicle Company, based in Hartford, Connecticut, showed the world the first electric headlamp. The inner filament singed quickly, though, and the cost to produce the electricity was too high for cities to maintain. Besides, this lamp was still used for horse-and-carriage transportation.

Only in 1908 was the first carbon-based, battery-powered headlamp bulb developed. However, a high level of income was required to afford the upgrade on a vehicle.

Development in the following years sped ahead, mostly in the US:

That same year, Massachusetts became the first state to legislate electric headlamps on vehicles. More states followed in the 1920s, and further laws spelled out how the lights needed to perform, e.g., that headlights needed to shine specific amounts of light and in specific directions.

Daytime running lights (DLR) are a special set of lights meant to show a vehicle’s presence as opposed to illuminating the road ahead for a driver. In other words, they are not headlights. They turn on automatically when the driver turns on the ignition.

Transport Canada mandated DLRs in 1989 after studied suggested they would decrease some types of collisions. Although later research has shown a range of effectiveness with this kind of law, the law has remained. However, DLRs are not required on the backside of vehicles, making it difficult to see the car ahead of you in foggy, rainy, and/or snowy conditions. (This is Canada: you could have all three at once.)

Although drivers can turn on their tail lights in inclement weather, many forget to, creating a problem with “phantom vehicles,” i.e., vehicles that can’t be seen in low light. This has prompted a new law that comes into effect on September 1 of this year.

In September, the Canadian Vehicle Lighting Regulation will come into effect. All new vehicles sold in Canada must have one of the following:

If You Buy a Used Vehicle

Of course, used vehicles won’t have any of those functionalities for a while. Transport Canada reminds you to review your vehicle’s light symbols and remember that it’s your responsibility to be seen when driving in low visibility conditions.