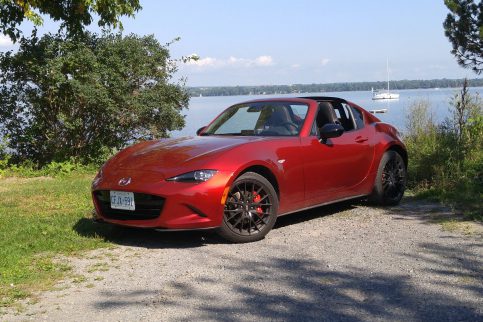 New or used, convertibles are almost always more expensive than comparable fixed-roof cars. That typically makes them a lifestyle choice more than a practical mode of transport, but doesn’t put a modern convertible out of reach for a driver of average means.

Here’s our analysis of what you should know before shopping for a quartet of affordable five-year-old drop-tops from the 2015 model year. Each of these cars stands out for one reason or another, but what the Mazda MX-5, Mini Cooper, Fiat 500 and Smart Fortwo convertibles have in common is that they’re all relatively inexpensive to buy and promise thrifty fuel economy. 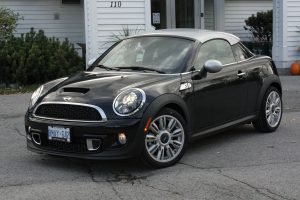 In 2015, Mini sold two versions of the Cooper. The hatchback was built on a third-generation platform introduced for 2014, but the convertible remained on the second-gen model’s underpinnings until 2016.

All Cooper convertibles use 1.6L four-cylinder engines making 121 hp in the base model, and 181 hp and 208 hp respectively in Cooper S and JCW trims, thanks to turbocharging. The available manual and automatic transmissions are both six-speeds.

Here’s a discussion about convertible top problems in the 2015 Mini Cooper convertible.

In this thread, owners chat about the specific problem of convertible tops that that won’t close.

There are also some issues to watch for that are not related to the convertible top. If the engine makes a rattling sound at start-up when it’s cold, it may need a new timing chain assembly. Here is a seven-minute video that shows the source of the noise and the parts that need to be replaced.

Finally, the turbocharged Cooper S has a high-pressure fuel pump mounted on the engine that can fail. Symptoms include an engine that takes a long time to start, stalls in cold weather or loses power at higher speeds. 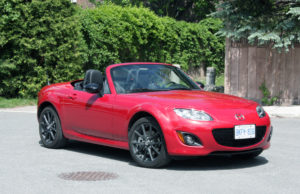 Our 2015 model-year cutoff for this article means we’re looking at the final year of the MX-5’s third generation. It uses a 2.0L four-cylinder engine that makes 167 hp with the standard six-speed manual transmission, and 158 hp when the six-speed automatic is optioned. Fuel consumption estimates are 10.5 to 11.5 L/100 km in the city, depending on transmission choice, and 8.5 L/100 km for highway driving.

Here’s a discussion about one owner’s experience with an overheating engine in their MX-5, which is often caused by a cracked coolant reservoir. Here’s another chat about the same fault.

A check engine light accompanied by a diagnostic code for low engine temperature is usually caused by a failed thermostat. This is a common issue in gas engines, generally.

In 2014, Mazda issued a service bulletin to address complaints of a whining noise from the MX-5’s differential. This bulletin only covers cars up to the 2013 model year, but we still think this is something worth listening for when test-driving a 2015 model. 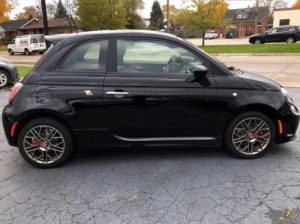 The Fiat 500c is a drop-top version of this Italian brand’s tiny hatchback. It differs from most convertibles in that it retains some of the hatchback’s roof structure, so it doesn’t offer a true open-air driving experience. The roof slides back from the top of the windshield like a large fabric sunroof.

Fiat offered only one generation of the 500c in Canada, sold from 2014 through 2017. The 500c’s engine is a 1.4L four-cylinder with 101 hp. A high-performance Abarth version added turbocharging for 160 hp. Transmission choices were a five-speed manual and a six-speed automatic.

When shopping for a used 500c, look underneath for evidence of oil leaking from the engine, which is one of this car’s best-known problems.

Some owners say their cars occasionally don’t start at the first turn of the key.

Finally, some 500c owners have had trouble opening the trunk from the outside. 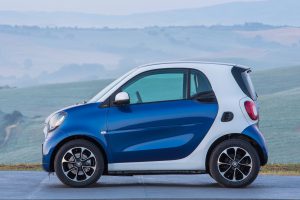 The 2015 model year was the last for Smart’s second-generation Fortwo, which debuted in 2008. Like the Fiat 500, the Fortwo’s convertible roof is more like a fabric sunroof than a true drop-top. Fortwo power comes from a 1.0L three-cylinder making 70 hp, which comes matched with a five-speed automated manual transmission. Smart’s fuel consumption figures are 6.8/6.2 L/100 km (city/highway).

Watch for an automatic transmission that won’t shift into reverse until you turn the car off and start it again. Similarly, the transmission will sometimes not allow you to shift it into the park position. Another common issue is a gear shifter whose release button gets stuck and won’t allow the shifter to move.

Here’s one owner’s tale of trying to diagnose a Fortwo whose battery frequently dies.

This discussion is a bit hard to follow, but it’s about engine cooling pipes that can rub on part of the frame, wear through and leak coolant. Here’s another discussion about coolant leaks.

Some Fortwo engines develop “burned” valves, which can affect performance and cause engine damage. This is happens when the exhaust valves don’t seal properly against the cylinder head, which can be caused by a variety of issues.