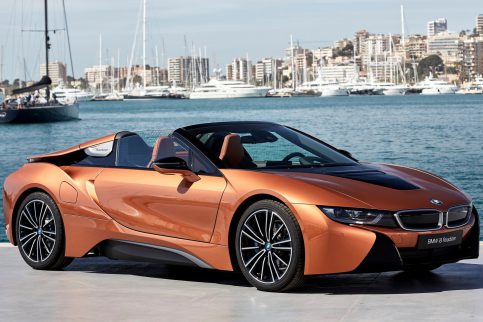 Like any new technology, buying an electric vehicle can be an intimidating prospect the first time around. But while there are some major differences between owning and driving an EV and a gas-powered car, most of the used-EV buying process will be familiar if you’ve bought a used car or truck before. 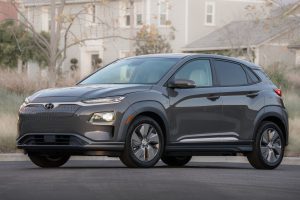 First, in case you’ve only started researching what makes an EV special, here are some of their pros and cons.

One of the most obvious pros is that EVs don’t require gasoline, which eliminates the environmental harm caused by exhaust emissions.

Also, Ontario’s electricity rates make it cheaper to charge and drive an EV compared with a similar gas-powered vehicle. (https://www.blog.ontariocars.ca/how-much-does-it-cost-to-charge-an-electric-vehicle/)

Electric vehicles typically operate most efficiently in city driving, so using a battery-powered car to run errands or drive to and from work can be especially economical.

Another benefit is that electric vehicles drive more smoothly and quietly than comparable gas vehicles because they eliminate a gas engine’s noise and vibration. Electric motors also generate a lot of torque, which translates into a feeling of strong performance in low-speed city driving.

The most common strike against buying an electric car – new or used – is that they tend to be more expensive than comparable gas models. For used buyers, that downside is mitigated by the fact that many EVs lose resale value more quickly than gas models. Much of that is due to a lack of public charging infrastructure, which has kept EVs from gaining mainstream acceptance.

Despite that, EV technology is evolving at a rapid pace, so buyers of used electric cars miss out on some of the latest developments, like higher-capacity batteries that increase driving range. If you consider yourself an early adopter of new technology, a new EV might be a better choice.

Another con to used electric vehicle ownership is battery degradation, which is part of the long-term ownership experience with many EVs. Over time, the battery loses some of its ability to hold a charge, which means less driving range. Some EV batteries degrade more, and faster, than others.

How can you tell if an EV’s battery has begun to degrade?

It can be hard to tell if a used electric car’s battery is storing less electricity than it did when it was new, based on a 15-minute test drive. However, there are clues you can watch for. Before you go see the car, do some research to find out how much driving range the manufacturer promised when the vehicle was new.

Keep in mind this method is not scientific, because an EV’s real-world driving range is affected by weather conditions, the use of climate control and your driving style. However, it could provide a clue as to how much life is left in the battery and whether a used EV is worth its asking price.

The good news is research like this (https://www.geotab.com/blog/ev-battery-health/) shows “the vast majority of batteries will outlast the usable life of the vehicle.”

For the most part, your used-car shopping checklist will be the same as if you were buying a gas-powered car. When you find the make and model you want, compare the asking price with that of other examples of the same car. If it’s significantly higher, the seller may be hoping to take advantage of a buyer who hasn’t done their homework. If the price is much lower, be suspicious. There are legitimate reasons for an asking price well below market value, but there could be something wrong with the car that the seller is trying to hide.

If the price is right and you take the car for a test drive, you’ll want to listen and look for a lot of the same things as you would with any used car. Inspect the tires for excessive wear, especially if one or more tires is worn more than the others, or if any one tire is unevenly worn across its tread. Those could be signs of worn or damaged suspension or steering components.

Sometimes, those worn-out or faulty parts will cause knocking or clunking noises when the car drives over rough roads. These will be easier to hear in an EV than a gas-powered car because of the lack of engine noise and vibration.

When an electric car slows down, its drive motor turns into a generator that helps charge the battery. That regenerative braking does a lot of the work in a gently driven EV, but there are also friction brakes that handle more aggressive deceleration. An EV’s friction brakes work the same as they do in any car, by applying stationary pads against rotors that turn with the wheels. During your test drive, find a road with no traffic where you can accelerate to about 60 km/h and then apply medium pressure on the brake pedal. Do this two or three times and listen for grinding sounds as the car decelerates, which could indicate brake rotors that need to be replaced. Also, the car should brake in a straight line. If it pulls to one side under hard braking, that could be a sign of worn brake, suspension or steering parts.

If you’re buying a used Tesla, pay special attention to the condition of its rims and tires. Tesla makes high-performance cars that typically have large wheels with low-profile tires, and these are easily damaged by impacts with potholes and curbs. Look for dented wheels and bubbles in the tire’s sidewall, which can appear at the point of impact.

Electric vehicles have a port on the exterior where you connect to the charger. In most EVs, there’s a button on the dash to open the door that protects the connection. First, make sure it works. Then, if you can find a charging station, plug the car in to make sure the car begins charging, which should happen automatically when you plug it in (and pay, if necessary).

Spend some time using the car’s electric windows, locks and mirrors, air conditioning, and audio and infotainment systems to make sure they all work as they should. As with any modern vehicle, the A/C should blow cold (or warm) air within a few seconds of being turned on. Any touch-sensitive controls should respond almost instantly; if the system lags or crashes, the fix could be a relatively simple software update, or an expensive hardware replacement.

Get a pre-purchase inspection

Finally, we advise having any used vehicle inspected by a trustworthy mechanic before you buy it. If you don’t have a relationship with a repair shop, ask friends, family or coworkers for recommendations. You can also use online reviews and ratings to help you find a good mechanic.

We recommend trying to find a shop that has experience working on EVs, as they will be more likely to tell you if there’s anything wrong with the electric drive system. In some parts of Ontario, this means one of the vehicle brand’s dealer service departments might be the only option.

If you’re buying a used Tesla, keep in mind it might be hard to get it serviced in some parts of Ontario. All the brand’s service centres are in the southern part of the province.

A pre-purchase inspection may cost up to a few hundred dollars, but that expense is worthwhile for the peace of mind it provides – especially if it reveals any of the potential flaws discussed above.