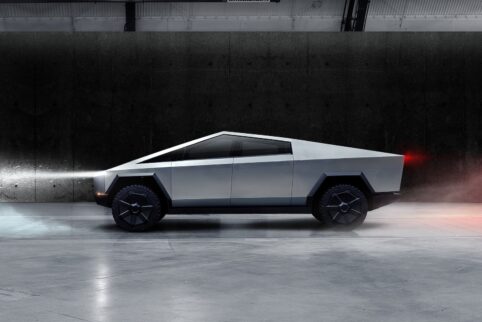 Electric vehicles are in vogue right now, with automakers and proponents of emissions-free driving touting them as the future of personal transportation.

Right now, you can buy battery-powered models in the compact and mid-size car and crossover categories. Soon, however, pickup truck fans should also have a range of EV options to choose from.

So far, however, General Motors is the only mainstream automaker with an electric pickup truck in the works. The GMC Hummer EV is set to reach the marketplace around the same time that Tesla says it will deliver its Cybertruck to customers. All of the other battery-powered trucks on the horizon are coming from startups hoping to help establish a market for plug-in pickups.

In the meantime, Ford began selling its first full hybrid truck, the F-150 PowerBoost, in December 2020. It followed the Ram 1500 eTorque mild hybrid, introduced in 2019.

If you’re ready to skip straight to zero-emissions utility, here are the all-electric pickup trucks you can expect to see on the road in the next few years.

The Bollinger B2 is an austere take on an electric workhorse, its blocky body looking like a 10-year-old’s rendering of a pickup truck. A super-utilitarian cabin is at odds with the truck’s high-tech drivetrain, lacking the touchscreen and digital gauge displays found in many current vehicles, never mind future models.

Bollinger put the B2’s design focus on utility and practicality. It can tow 3,400 kg (7,500 lbs) and carry 2,267 kg (5,000 lbs) of payload in its six-foot-long cargo bed. Open the rear wall of the cab and a portal in the firewall, and the four-seat B2 provides a nearly 20-foot-long flat load floor that runs the entire length of the truck.

According to Bollinger’s specs, the B2 can carry 72 sheets of half-inch 4×8 plywood, and 40 2x4s will fit in the pass-through between the seats.

Bollinger had promised its first production vehicles (which also include an SUV called the B1) would hit the road in early 2021, but it’s unclear whether the coronavirus pandemic will delay the B2’s launch.

In October 2020, General Motors revealed the GMC Hummer electric pickup, which promises to live up to the over-the-top reputation of the former SUV brand.

Among the Hummer’s notable features are a four-wheel steering system that will turn all four wheels in the same direction, so that the truck will drive diagonally. Its air suspension can raise the truck six inches to help it clear extreme off-road obstacles. And, like many off-roaders, the Hummer has underbody plating to protect vital components, including its battery.

GM says the GMC Hummer will use the company’s forthcoming Ultium EV battery tech to go more than 560 km on a full charge. Plugging in to a fast charger will add 160 km of driving range in 10 minutes.

General Motors has not revealed what the Hummer’s towing and payload limits will be.

Lordstown Motors takes its name from the location of the Ohio factory it bought from General Motors in 2019. It revealed its first model, the Endurance, in June 2020, with a promise that it would be the first all-electric pickup truck to reach the marketplace. The company had initially said it would begin delivering the Endurance to customers in summer 2021, but more recently announced that production won’t start until September 2021.

Regardless of when it arrives, the Endurance will be the first production vehicle with in-wheel hub motors – which will also handle braking duty – that eliminate the need for drive shafts. That reduces the number of moving parts, which the company promises will lead to lower maintenance and operating costs.

In 2021, Rivian will begin delivering its R1T electric truck to early buyers who opted for a limited-availability launch edition version. In late November, the company began taking orders for the full R1T line, but says those trucks likely won’t be delivered until 2022.

In addition to the cargo box, the R1T will have a 311L front trunk and almost 340L of cargo space in a tunnel running the width of the truck between the rear doors and rear wheels.

Rivian’s backers include Amazon (which says it will begin using Rivian-built delivery vans in 2022) and Ford, which has partnered with Rivian on battery development.

Instead of typical body-on-frame or unibody underpinnings, the Cybertruck will use a stressed-skin design that makes its stainless steel body part of the structure. Tesla demonstrated the body’s strength by hitting one of the door panels with a sledgehammer, which didn’t leave a mark. The windows are supposed to be shatterproof, too, but one of them did break when the company’s chief designer tried to demonstrate that trait during the truck’s webcast introduction.

The Cybertruck’s cargo bed is protected by a retractable tonneau cover, and the fold-down tailgate has a built-in ramp for loading motorbikes and ATVs. The latest news suggests Tesla plans to start building the Cybertruck in late 2021 and deliver the first production models in early 2022.