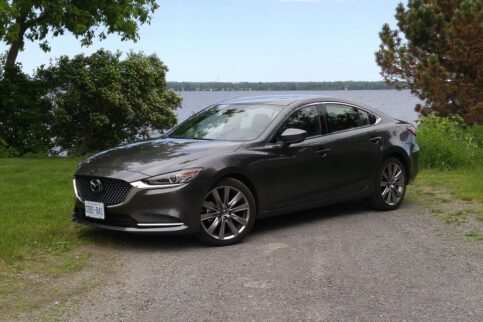 The auto industry is a tough crowd: If a vehicle doesn’t live up to sales expectations or no longer fits into its manufacturer’s vision, its days are usually numbered.

The end of 2021 brings fewer such casualties than most model years. We counted just six models disappearing from automaker lineups this time, while 2020’s list of losses was 16 vehicles deep. But this year’s list does have something in common with the 2020 tally: All of the discontinued models are sedans and station wagons.

In our opinion, the Honda Clarity would have been a lot more successful if it hadn’t looked so weird. This sedan’s design maximized aerodynamic efficiency and made good use of the car’s plug-in hybrid powertrain, but it sure wasn’t pretty.

It’s too bad the Clarity’s looks turned off so many prospective plug-in vehicle shoppers, because its powertrain is excellent. Had the Clarity carried on into 2022, its 77 km of electric driving range would have been the best of any plug-in hybrid available in Canada. A 1.5L four-cylinder engine and electric motor delivered smooth, refined performance and a total of 212 hp.

What’s puzzling about Honda’s decision to discontinue the Clarity is that it leaves the brand without a plug-in model just as many of its competitors are making waves in the electrified vehicle segment. If you want a Honda you can charge at home, you’ll now have to wait at least a year until the 2024 Prologue all-electric SUV arrives.

Another one bites the dust in the family sedan segment with Mazda’s elimination of its mid-size four-door model.

The Mazda6 has always been a bit of a hard sell among family cars, due to a smaller interior than those of class leaders like the Honda Accord and Toyota Camry. But if you can deal with the Mazda’s snugger cabin, you’re treated to a refined and engaging drive that makes this sedan feel more expensive than the 2021 model’s sub-$28,000 base price.

The Polestar 1’s short tenure in Volvo’s lineup doesn’t mean it was a failed experiment. Instead, this $200,000 Volvo-built PHEV was conceived to introduce the electrified Polestar brand with a bang.

And it did, with 619 hp and 738 lb-ft of torque from a 2.0L turbo four-cylinder engine and three electric motors – one up front and two at the rear wheels – not to mention its pretty styling.

Focusing on the Polestar 1’s performance ignores the fact that it can go 84 km on electricity alone on a full charge, the most of any PHEV available in Canada last year.

If you’ve never seen a Polestar 1 on the road, you’re not alone: Volvo only made 1,500 of them for the entire world.

The Volkswagen Passat has been a staple of the brand’s lineup since the late 1980s, but 2021 is the end of the line for this mid-size sedan.

If you asked us why VW has killed the Passat, the obvious answer is that today’s consumers prefer crossovers like the Tiguan and Atlas, which have more practical interiors for similar money. But VW also didn’t put a lot of effort into keeping the Passat viable: This final generation was new in 2012 and last got a facelift in 2016. It didn’t help that it was more expensive than contemporary versions of the Honda Accord and Toyota Camry and looked dull by comparison.

We’d argue the Volkswagen Arteon was not a good fit in the North American marketplace at its 2019 introduction. It replaced the curvy Passat CC and was conceived to attract brand loyalists who wanted an upscale car at a more accessible price.

The Arteon was the victim of a poorly timed introduction into an auto industry dominated by crossovers and SUVs. VW tried to save the car in its final year with an admittedly fetching styling refresh, but by then the car’s base price had swelled to well over $50,000 with the elimination of the previous year’s entry-level trims.

There are plenty of good things to say about the Arteon, though: It’s a strong performer with 268 hp from a 2.0L turbo engine and standard AWD, and under the large tailgate is cargo space to rival that of many SUVs.

Earlier this year, Volkswagen made the announcement many of us in the automotive media had been dreading: The company was cutting the beloved Golf compact hatchback from its lineup following the 2021 model year. That decision ended a roughly 45-year run for a car that started out in North America as the Rabbit.

As with so many of the cars on this list, you can blame the Golf’s demise on the popularity and profitability of crossovers: VW’s replacement for the Golf is the Taos subcompact SUV.

For the time being, the sporty GTI and Golf R are safe: they’re all-new for 2022 and are the only versions of the eighth-generation Golf we’ll get in Canada.

If you happen to find one of the last examples of the 2021 Golf, it will have a 147-hp, 1.4L turbo engine backed by either a six-speed manual or eight-speed automatic transmission. If you shop for an earlier version of the seventh-gen Golf, you can get a 1.8L motor with 170 hp and 200 lb-ft of torque.