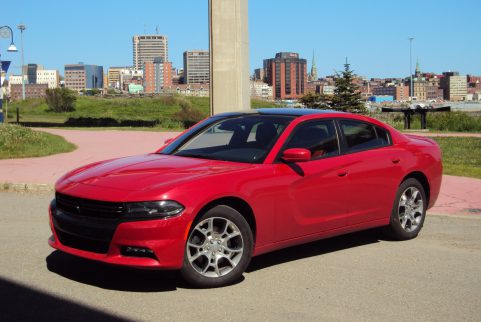 In a perfect world, every vehicle a car maker launched would be an overnight success and the name attached to it would become a cultural touchstone.

That doesn’t happen often, but it does happen, and not just to rarefied performance or luxury models. The Honda Civic and Toyota Corolla, for example, are extremely well-known, and yet the cars themselves are generally pretty pedestrian.

Carmakers occasionally resurrect discontinued names in a bid to capitalize on that cultural significance or previous sales success. Sometimes it works, and sometimes it really doesn’t. Here are a few examples of car names that came back from the dead, to varying degrees of success. 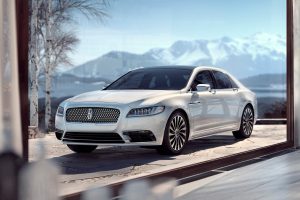 Ford’s upscale Lincoln brand brought back the Continental name in 2017 after a 15-year hiatus. This ultra-modern 10th-generation model’s small turbo V6s and high-tech chassis are a big departure from the relative simplicity that made the old car popular with limousine companies.

We’re not sure what Lincoln was thinking, introducing a new full-size sedan as SUVs were taking over the luxury vehicle marketplace. Slow sales mean 2020 is the end for the new Continental, as Lincoln switches its focus to SUVs like its new Aviator.

Instead of traditional levers and handles, the Continental has electronic buttons to open the doors. On the outside, these are built into the door pulls, and getting out requires pushing a button low on the door’s inside panel. When test-driving a Continental, make sure all of these buttons work as they should. Only the driver’s door has a mechanical door lever as a backup in case the car’s battery dies.

Some owners of early Continental models complain about squeaks and rattles from the headliner when driving over rough roads.

Pay attention to the six-speed transmission’s performance. Rough shifting and a shuddering sensation are common issues in other Ford and Lincoln models that use the same transmission. Either one could indicate a mechanical fault. Generally, a well-maintained car should be a safe bet.

When new, the Continental was offered with items like 30-way adjustable seats and a head-up display. All versions will also have a comprehensive infotainment system. The Conti’s electronic features are the ones that owners complain about the most, so take some time to explore every feature in the car you’re testing to make sure everything works.

The Continental’s mechanical components seem robust, but we recommend choosing a used Continental with some factory warranty coverage left to ward off problems with electronic items. Other options include choosing a car from Lincoln’s certified pre-owned program or paying for a third-party warranty through a Lincoln dealership. 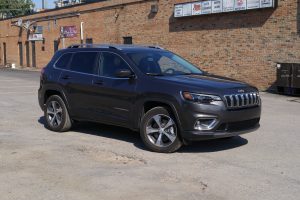 Jeep resurrected its well-known Cherokee model in 2014 as a compact crossover looking nothing like the boxy utility that previously used the name in 2001. Like the old Cherokee, the new model offered four- and six-cylinder engines, and later added a turbocharged four-cylinder. Despite its more car-like appearance and driving feel, the new Cherokee is reasonably good off-road.

Early versions of the new Cherokee were criticized by owners and the media for its nine-speed transmission, which became known for rough, clunky shifting. Jeep’s owner, Fiat Chrysler Automobiles, has issued software updates for improved performance. Watch for poor transmission performance during your test drive.

Jeep recalled the Cherokee in 2016 to replace faulty drive axles. One of the symptoms of a bad axle is a whirring noise when driving, especially in colder weather.

Speaking of cold weather, if a Cherokee with the 2.4L engine is slow to warm up, suspect a failed thermostat.

The Cherokee sold well despite polarizing styling, and Jeep introduced a new, more handsome look in 2019.

The Dodge Challenger and Charger started out as two-door muscle cars in the 1960s and 1970s. Dodge revived both names in the mid- to late 2000s for the modern sedan (Charger) and coupe (Challenger) models that shared their architecture with the Chrysler 300 upscale sedan.

Both cars range from mild to wild, offering a choice of V6 and V8 engines, with the latter including Hellcat and Demon variants making 707 and 840 hp.

In older cars (pre-2011 for the Charger and pre-2015 for Challenger models), a rubber coupling between the driveshaft and rear differential is a known failure point. A vibration felt when driving is your warning that it could fail and damage the car. Transmission fluid leaks are also common.

In newer versions (2012 and later for the Charger; 2016 and newer in the Challenger), watch for air-conditioning systems that don’t obey the dash controls. These later-model cars have more electronic components, which makes them more sensitive to low voltage from a weak battery. If you notice any glitches from the climate or infotainment systems or unexplained warning lights on the dash, the car might simply need a new battery.

Finally, if you’re in the market for one of the speedy V8-powered models, inspect the car (or have it looked at by a mechanic) for signs of abuse. The presence of any aftermarket performance-adding parts is a sign the car could have been driven hard on a regular basis. 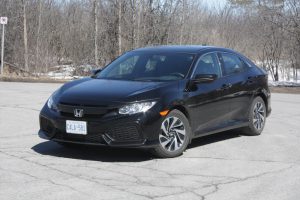 Honda launched the 10th generation Civic as a 2016 model, and the following year added a hatchback body style, last seen in a sporty SiR trim in 2004. All 10th-gen Civic hatchbacks use Honda’s turbocharged 1.5L four-cylinder engine and can be had with either six-speed manual or continuously variable automatic (CVT) transmissions. Later, Honda added a wild Type R version of the hatchback with a 2.0L turbo engine.

Early in the 10th-gen Civic’s run, owners began complaining of 1.5L turbo engines that didn’t generate enough heat in winter weather. More concerning was a tendency for gasoline to leak down into the crankcase and dilute the engine oil. Honda developed fixes for both problems and extended warranty coverage for the engine in case the contaminated oil led to internal damage. Before you start the car for your test drive, check the engine oil. If the oil smells like gasoline and the dipstick shows too high an oil level, suspect oil dilution.

Some owners of Civics with the manual transmission say it feels like the clutch slips while they’re driving the car. However, it could be the result of a feature designed to reduce emissions. If you’re shopping for a stickshift Civic, test the clutch by shifting into fifth or sixth gear between 60 and 100 km/h and flooring the throttle. Any sudden increase in engine speed out of sync with the car’s acceleration could indicate a worn or faulty clutch. 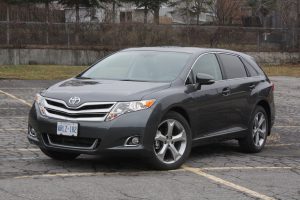 Until now, we’ve been discussing newer models that brought back old names or body styles. With the Toyota Venza, however, we’re talking about the first version, which was discontinued after 2016 but will soon be revived as a new 2021 model.

Engine choices in the original Venza were a 2.7L four-cylinder and a 3.5L V6, both of which came with a six-speed automatic transmission and a choice of front- or all-wheel drive.

Predictably, as a Toyota, the Venza has proven quite durable, with few common problems generating complaints. Some owners say the Venza’s CD player either won’t load or eject discs, and the fix is replacing the faulty player.

If a Venza flashes its brake and stability control warning lights and then won’t shift out of park, the fix is probably a faulty brake light switch. It’s an inexpensive part, but it can be a pain to replace yourself as it’s located in the driver-side footwell at the brake pedal.