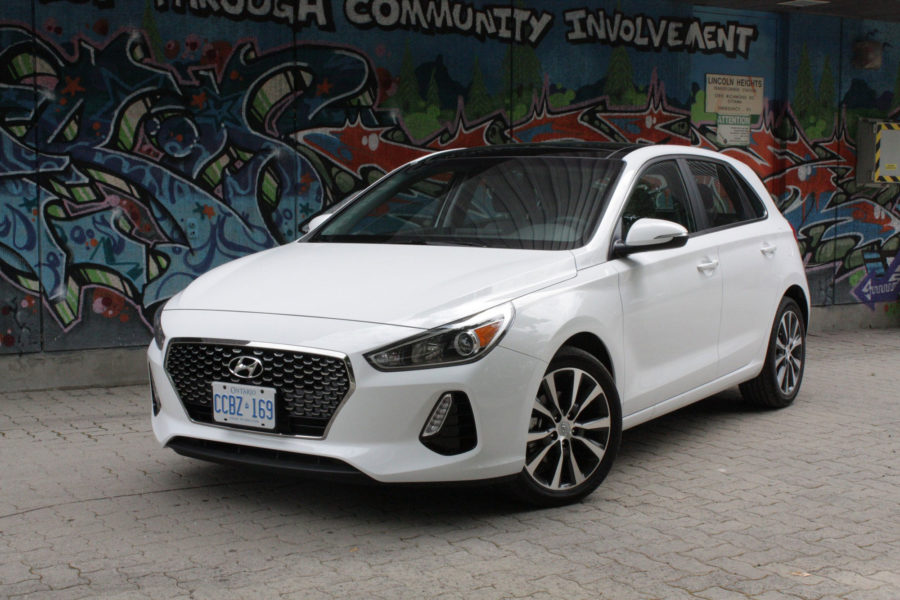 Certified pre-owned (CPO) vehicle sales programs began as a way for upscale car makers to boost resale values for off-lease vehicles. More recently, they have been adopted by mainstream brands to soothe used-vehicle buyers’ anxieties about quality and reliability.

CPO vehicles are marketed as a halfway point between new and used. Each manufacturer’s program is different, but most offer perks like extra warranty coverage, an exchange period in case of buyer’s remorse, and roadside assistance.

Some manufacturers’ CPO programs are better valued than others, just like the cars themselves. For the second straight year, the auto industry analysts at Vincentric have done the work of figuring out which brands and used vehicles offer the strongest value and lowest cost of ownership to CPO buyers.

As with many such awards programs, there are numerous categories. We’ll get to Vincentric’s individual vehicle award winners shortly, but first, an overview of this year’s brand awards.

Vincentric chose Hyundai for this award based on the value offered by the Accent (Best Subcompact), Elantra GT (Best Compact Hatchback) and Veloster (Best Sport Car) models. Perks of the H-Promise CPO program include one year or 20,000 km of powertrain warranty coverage; that’s in addition to whatever’s left of the original five-year, 100,000 comprehensive and powertrain warranties. CPO Hyundais also come with one year of free roadside assistance and a 30-day/2,000-km vehicle-exchange period.

Mazda is the top brand for mainstream SUV and crossover buyers. The CX-3 is Vincentric’s Best Subcompact Crossover and the CX-5 is Best Compact Crossover. Mazda CPO vehicles come with a warranty that lasts until seven years/140,000 km from the date the car was sold new. There’s also roadside assistance and a 30-day exchange period. By contrast, if you buy a new Mazda, the warranty is good for up to five years, but there’s no kilometre limit. It’s unfortunate that the CPO warranty caps the odometer reading.

If you’re in the market for a used luxury SUV, Vincentric suggests starting with Infiniti, whose QX80 is this year’s Best Luxury Large SUV. Infiniti CPO vehicles come with a six-year/160,000 km warranty starting from the date the car was sold new; free roadside assistance during that period; a satellite radio trial; and a 10-day/1,500-km exchange period.

Vincentric said all three of Ford’s full-size pickups (the F-150, F-250 and F-350) contributed to its win. Those trucks were tops in the 1/2 Ton, 3/4 Ton and One-Ton Pickup categories, respectively. All Ford CPO vehicles come with one year/20,000 km of warranty coverage (in addition to what remains of the factory warranty) and free roadside assistance during that coverage period.

Now, in alphabetical order by brand, here are the other vehicles Vincentric named as best values in the CPO segment:

The ILX itself is not a trend-setter, but offers decent performance and fuel economy from a 201-hp, four-cylinder engine. Acura‘s CPO program comes with a seven-year/130,000 km warranty and roadside assistance, a seven-day/1,000-km exchange period and three months of satellite radio.

The A5‘s basic design dates back more than a decade, but it’s still among the prettiest cars on the market. It derives 248 hp from a turbo four-cylinder and comes standard with Quattro AWD. The Audi Certified Plus program includes warranty until six years/160,000 km from when the car was sold new. It also comes with roadside assistance and a seven-day/500-km exchange privilege.

The latest A6 uses a mild hybrid drivetrain whose V6 engine and electric motor combine to make 335 hp. Quattro AWD is standard. Older models use turbo four-cylinder and V6 engines.

Audi redesigned the Q3 for 2019, so CPO buyers have to settle for the last-generation model. It uses a 2.0L turbo engine that makes 200 hp. Front-wheel drive is standard in the Q3’s three trims, but the Quattro AWD system was an option.

The Impala competes in a field of big sedans that are slowly being replaced by crossovers and SUVs. The Chevrolet Impala is a comfortable and spacious car whose optional V6 is powerful and efficient in highway driving. Among Chevrolet’s CPO perks is warranty coverage and roadside assistance for three months/5,000 km. Chevrolet is more generous with its exchange privilege, which gives you 30 days or 2,500 km to change your mind.

The Fusion family sedan offers a wide range of powertrain options. There are three turbocharged gas engines, a gas-electric hybrid and a plug-in hybrid. Gas models come with a choice of front- or all-wheel drive.

Despite being a decade old, the Flex remains an appealing choice among three-row crossovers. It’s spacious and comfortable, handling is agile, and the optional turbocharged V6 is fun to drive.

The Honda Odyssey is the unofficial sports car of minivans. It has sharp handling and a strong V6 that boasts fuel-saving cylinder deactivation. Honda’s CPO program includes two years/60,000 km of warranty coverage and a seven-day/1,000-km exchange privilege.

In addition to Jag’s Luxury Car Brand award, the company’s F-Pace SUV is best among mid-size luxury SUVs. This stylish utility comes standard with AWD. Engine choices include gas and diesel four-cylinders and a supercharged V6.

Mazda’s other category win this year is for the Mazda3, a compact that comes as a sedan or hatchback and offers a compelling combination of sharp handling and good fuel economy from a pair of four-cylinder engines. It looks good, too, but interior space lags behind compact-class leaders.

Nissan takes Vincentric’s award for electric cars with the Leaf. This compact was among the first fully-electric mainstream vehicles when it arrived in 2012. In 2017, it gained a larger battery pack that improved driving range to about 170 km. Nissan redesigned the Leaf into a second generation in 2018 with 240 km of driving range.

Nissan’s CPO perks include one year/20,000 km of powertrain warranty coverage. However, that warranty doesn’t seem to include the Leaf’s battery or electric motor. On 2018 models, the Leaf’s factory warranty covers the electric drive system for five years/100,000 km and the battery for eight years/160,000 km. Until 2017, Nissan also warranted the battery’s energy capacity, due to complaints about its ability to hold a full charge as the car aged.

Subaru’s Outback is a comfortable crossover with competent, quiet performance and a choice of four- and six-cylinder engines. Prior to 2018, this was one of the few mid-size SUVs available with a manual transmission. Subaru’s CPO perks vary depending on the age of the car. If it has more than six months/10,000 km of its original three-year/60,000-km warranty coverage left, that’s what you get. For vehicles with less than that, Subaru extends coverage to 42 months and 70,000 km from when the car was sold new. If the original warranty has expired but the car has less than 100,000 km, Subaru adds six months/10,000 km of coverage. Subarus up to eight years old with less than 160,000 km get a three-month/5,000-km warranty. There’s also a 10-day, 1,000-km exchange privilege and roadside assistance.

Toyota’s expertise in gas-electric hybrids shines through in two of its three category awards. The Prius is a hatchback that bridges the compact and mid-size classes. The only exciting thing about the way it drives is how efficient it can be if you drive conservatively. It’s a well-engineered car that boasts great reliability. Toyota’s CPO program includes a six-month/10,000-km warranty with roadside assistance and a seven-day/1,500-km exchange privilege.

The Highlander is a largely unremarkable mid-size SUV. However, it stands out for an optional hybrid drivetrain that dramatically reduces city fuel consumption. Its V6 engine and electric motors provide performance similar to that of the gasoline variant.

The smaller of Toyota’s two pickups, Toyota Tacoma, combines ruggedness and reliability. Among our few complaints is a laid-back driving style and a lack of headroom, both of which feel out of place in a truck.

Volvo is one of the few car companies that still sells station wagons in North America. This good-looking car, Volvo V60 , is not particularly spacious, but the options of AWD and a speedy Polestar trim aim to appeal to fans of practical cars. Volvo CPO perks are warranty coverage and roadside assistance to six years/160,000 km from when the car was new.