Car Reviews and Tips » Tips for Teaching Teenagers to Drive 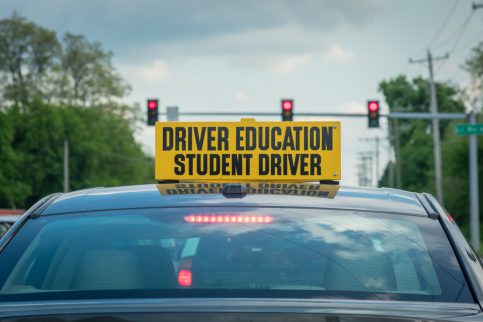 What keeps you up more at night: that your child will eventually start dating? Or driving? For most parents, it’s probably a toss-up. Since we’re not in the business of advising on dating, we’ll stick to teenage driving in this blog post. At the very least, you can take some comfort in these numbers: 2017 statistics show that only 6.6% of driver fatalities were in the 15 to 19 age group, the lowest percentage of driver fatalities of any age group. But as parents, we need more than statistics to help calm us: we need to know our kids know how to drive.

Saving a few hundred dollars in driver training fees when parents already know how to drive may seem like a smart financial move. However, a 2014 study covered in the Wall Street Journal showed that parents focused on the mechanics of driving and tended to take their teens on familiar routes. They also drilled their kids on skills they themselves had difficulty with, like parallel parking. Although an important skill, parallel parking doesn’t come with a high fatality rate.

Driving instruction doesn’t just focus on the mechanics of driving—turn on your blinker before turning, stop at the stop sign, not after it—it also teaches accident prevention.

And lastly, don’t forget this one thing: A lot has changed in the 30+ years since you tested for your licence. Letting your teen driver be taught by someone whose job it is to stay current on those changes will arm your growing child even more for the wilderness of the open road.

But Don’t Rush to Your Teen’s G2

Paying for Ministry-approved driving instruction comes with a bonus, depending on how you look at it: it reduces your teen driver’s G1 licence period to eight months from 12. However, research shows that parents may want to pull the brakes on their teens applying for their G2 too early.

G1 license restrictions include not driving between midnight and 5AM and having a fully licensed driver with at least four years’ experience and a blood alcohol level of less than .05 in the car with them at all times. (If the experienced driver is under 21, their blood alcohol level must be zero.) In addition, the accompanying driver may be the only other person in the front seat.

The American Automotive Association released a study in 2018 that reported the following statistics:

“Teens simply lack experience behind the wheel, which increases the odds of a deadly outcome, not just for the teen driver, but for their passengers and others on the roadways,” said Jennifer Ryan, director of AAA State Relations, in a news release.

Insisting your teen stays at the G1 level for a year will give them that much more time to drive with you or an experienced family member next to them. Yes, you can still do that at the G2 level, but at the G1 level, you have law enforcement to help you out.

It’s normal for new drivers to experience driving anxiety. They’re suddenly in charge of a multi-ton piece of machinery that can instantly cause an extreme amount of damage. But it can also offer them the freedom they (and probably you) have desired for so long. Be patient with them, but stay in control. As much as your teen may beg you to get their G2 as soon as possible, remember what waiting means: a lower chance of fatalities.