Car Reviews and Tips » When Do New Cars Drop in Price? 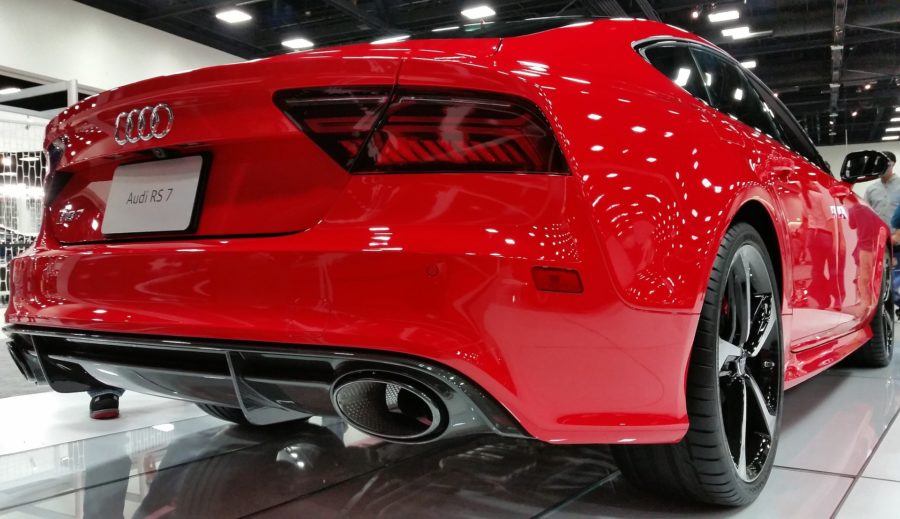 Every year, the spring auto show seasonconcludes with the New York International Auto Show at the Jacob Javits Center. And every year without fail, manufacturers like to save a big unveiling for this final show of the season. The New York convention showcases about 1,000 cars and trucks and highlights tend to include a bunch of glossy new models and a variety of driving simulations. This year’s show recently came to a close, taking place from March 30 to April 8, 2018.

According to auto writer Tom Krisher, who works for the Associated Press, “When new cars are unveiled, prices can fall on outgoing models – especially if they’re boring.” Industry analysts agree, though, that although the immediate impact isn’t huge, it does set a trend – and the deals get even better when the new models start rolling into showrooms because automakers need to move last year’s models out of dealerships.

To paraphrase a line from Tennyson’s poem Locksley Hall, in spring our fancies lightly turn to thoughts of new car models.

A quick look at Business Insider’s review – entitled The 36 hottest cars we saw at the New York Auto Show – reveals that the latest edition of the New York Auto Show did not disappoint. The big story this year was crossover SUVs. Crossover vehicles are an auto industry trend to watch for in 2018, as we discussed in our last blog post, and they were present at the show in every conceivable colour, size, and price point. Among the major carmakers introducing new product offerings for this hottest section of the market were Acura, Audi, Cadillac, Honda,
Hyundai, Kia, Lincoln, Nissan, Subaru, Toyota, and Volkswagen.

As usual, though, there were also plenty of sedans, sports cars, and electric vehicles on show, as well as concept cars and supercars.

The jury is still out whether there will be a significant drop in price right away. That will depend on the amount of good publicity and consumer enthusiasm new models generate. Price decline is usually around 2 to 3% within these first several weeks of media coverage.

Here’s a quick recap of some of standouts from the New York Auto Show to keep an eye on.

Big name crossover vehicles to make their 2019 model year debuts at the New York show included the Toyota RAV4, the Subaru Forester, the Hyundai Santa Fe, and the Hyundai Tucson. To see what’s available across Ontario for this model year – and to keep an eye on prices – check out our website for new Toyota RAV4 models,
new Subaru Forester models, new Santa Fe Sport models, and new Hyundai Tucson models.

GMC and Ford revamped some classic trucks with the new RAM 1500 making an appearance and the revived Ford Ranger making a comeback. For comparison, take a look at available new RAM 1500from last year or, if you prefer a time honored workhorse, explore the used Ford Ranger trucks found throughout Ontario.

There was also a range of sedans displaying their 2019 versions at the show, including the Ford Fusion, the Honda Insight hybrid, and the Nissan Altima making their world debuts. Look for possible deals among this year’s new Ford Fusion and new Nissan Altima models, as well as among used Honda Insight models. Making their North American debuts were Volvo’s impressive V60 wagon, as well as BMW’s new hybrid i8 Roadster and updated i8 Coupe. Now is the perfect opportunity to explore the possibilities of a used Volvo V60 or a new BMW i8. As for a US debut, the New York show introduced the 2019 version of Audi’s A6 sedan, making new Audi A6 models in Ontario an interesting option.

Finally, what would an auto show be without muscle cars? The Cadillac CT6 showed off its new, 550-horsepower, twin-turbo V-Sport version, while the 2019 model year also included the 444-horsepower Audi RS5 Sportback and the 520-horsepower Porsche 911 GT3 RS. Plus, the 550-horsepower 2019 Jaguar F-PACE performance crossover SUV also made its presence felt. Makes you want to check out the Ontario offerings for new Cadillac CT6 Sedans,
used Audi RS5 and used Jaguar F-PACE models, as well as all Porsche 911 cars.

And when new models arrive in showrooms, what happens to prices then?

Because all manufacturers want to move outgoing models in order to make space for new models in dealerships, late summer and early fall are great times to buy a new car. Prices drop by 2 to 4% in late summer and, as more new models arrive, cuts can go as deep as 5 to 7% off the sticker price.

December is another good time to buy a new car. That’s when new car prices can drop as much as 10% at the end of the year, especially if, as stated earlier, the outgoing model is boring and the newer, pricier one offers significant improvements.

The digital revolution and car prices

The time has come when you can complete an entire car purchase online. However, inventory, consumer demand, and seasonality – plus salesperson quotas, bonuses, and incentives – still play a role in determining new car prices. Shopping online just makes your experience more responsive. And that’s what Ontario Cars is here for: to ensure that each and every person who purchases one of the two million vehicles sold in Ontario every year has a safe and legal shopping and purchase experience.

The answer to the question we posed in our headline is three-pronged. First, new car prices drop in spring at the end of auto show season in April, then again in fall when the model year officially ends on the cusp of August and September, and, finally, prices drop again at the end of the year in December.