Car Reviews and Tips » How Far Do Electric Vehicles Drive? 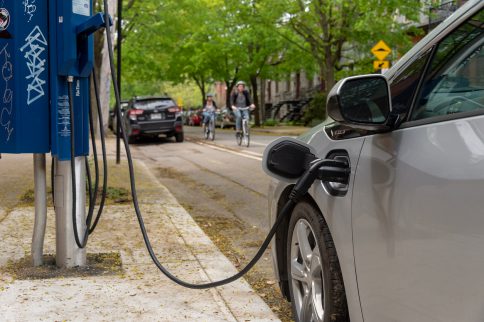 One of the most common concerns about driving a battery-electric vehicle (BEV), which doesn’t require any gas to operate, is the range of the vehicle. Hybrid vehicles don’t have this concern, because they still have a gas tank. However, with increasingly more people becoming concerned about the environmental impact of driving, BEVs are becoming more attractive. In this blog post, I’ll briefly explain how to find out the range of the electric vehicle you’re considering buying.

What Does Range Mean? 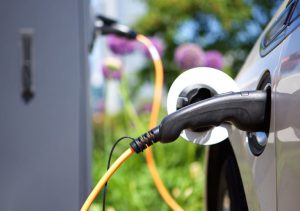 “Range” means how far an electric vehicle will drive on one charge. Natural Resources Canada (NRC) publishes an annual report that lists the range of electric vehicles. When you look at the list, you’ll also see a large difference between vehicles, with some having a battery range of less than 200 kilometres to the Tesla Model S Long Range, which is rated at 600 kilometres on one charge. However, these are estimates.

What is the True Range of a Battery?

The figures in the NRC Fuel Consumption Guide are estimates, because many factors affect the actual range of your battery, like battery age, how the car is driven, the weather, etc. Your car will show you on the dashboard how much energy is left in your battery, so you shouldn’t have to worry about being stuck without a jolt.

However, just like driving a gas-powered vehicle, there are certain ways that you can drive your BEV to save on energy.

So long as you’re driving in urban areas, which includes highways in between urban areas, recharging should not be an issue. In fact, you can find maps online that show you where charging stations are. Before you head off, though, understand what you’ll find:

Tesla has its Supercharger network: this allows Tesla owners to charge their vehicle’s battery in 30 minutes. Although much more popular in the US, you’ll find good coverage in Ontario.

This isn’t the early 2010s anymore, when an electric vehicle charging station was so special you took a photo of it and posted it on social media. Although they’re not as ubiquitous as gas stations—yet—their numbers are growing. If you’re considering transitioning to a fully electric vehicle, take some time to consider your driving habits, envision how you’ll keep your car charged, and see what works for you. You’ll likely find that the range of an electric vehicle is actually not as big a problem as you first thought.