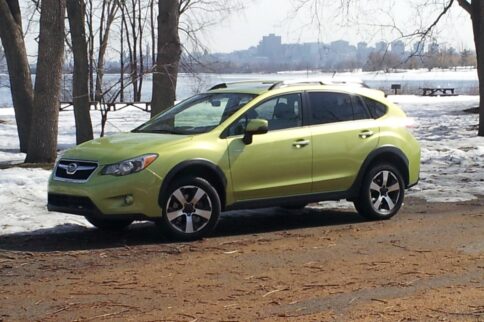 Part of the fun of buying a car is choosing the colour. But while many people go for the paint option they like best, that decision can affect what the vehicle is worth years down the road.

To illustrate just how profound that effect can be, iSeeCars analyzed the sales of three-year-old used vehicles in 2020 to see how much they had depreciated since being sold new in 2017. Then, iSeeCars’ marketplace experts cross-referenced those resale prices with each vehicle’s colour to find out which of 13 paint shades held their value best.

Their findings suggest that, generally, if you want a vehicle to hold its value, choose a bright, polarizing colour like yellow, green, or orange; or go for boring beige.

In the market-wide ranking covering all vehicle types, yellow, beige, and orange are the paint choices that depreciated the least, with all three coming in well under the average rate of depreciation of 37.6 per cent.

Silver is the only colour that depreciates at the 37.6 per cent industry average. Blue and red did a little better, at 37 and 36.9 per cent, respectively. White and black fell just on the low side of average, at 38 and 38.4 per cent.

We were surprised to see yellow and orange boast such low depreciation, but iSeeCars says there’s a simple explanation for that: rarity. Few new vehicles are offered in those colours, which generates demand among shoppers in the used market, especially those looking for a sporty vehicle. Also, iSeeCars says many automakers reserve yellow and orange for limited-edition models that used buyers may seek out specifically.

Beige has fallen out of fashion recently for being “synonymous with boring,” according to iSeeCars, which is why it’s less common than it used to be.

The SUV segment mostly echoes the marketplace at large in terms of which colours depreciate more quickly than others. Yellow, green, and orange models hold their value best; beige, brown and gold depreciate more quickly than the average. Once again, red, grey, silver, and blue all fall close to the industry average, indicating a good balance between demand for these colours and a supply of used vehicles wearing them.

Pickup trucks buck iSeeCars’ colour depreciation findings. Here, beige is the shade that holds its value best, with a three-year depreciation rate of just 18.1 per cent – the lowest figure in the iSeeCars study. Depreciation jumps to 28.7 per cent for second-place white, which is followed by grey at 29.7 per cent. Brown, blue, and orange are the pickup colours that depreciate the most quickly.

The iSeeCars colour depreciation study also shows significant shifts in the convertible and coupe categories. Convertibles painted red, blue, and yellow depreciated the least in their first three years on the market, while low-key grey, silver, and black models lost the most value in that time.

Interestingly, the scores are quite different for coupes. Among two-door, fixed-roof cars, yellow, black, and blue retained the most value, while grey, red, and orange depreciated the most quickly.

Yellow sedan buyers fared best among those who chose a traditional four-door, with three-year depreciation of 25.3 per cent. Next on the list was beige, at 32.2 per cent, while blue sedans depreciated 36.7 per cent in their first three years on the road. Green sedans lost most value, depreciating by 48.5 per cent, followed by brown and purple, at 44.1 per cent and 44 per cent, respectively.

Finally, depreciation figures in the minivan segment indicate the general lack of demand for this practical body style, with just a 2.5 per cent difference between the best and worst performers. Blue minivans held their value best, at an underwhelming 39.1 per cent depreciation, followed by white and red, at 39.4 per cent and 40.3 per cent. At the bottom of the list is brown, which lost 41.6 per cent of its value in the first three years; black and silver were next, tied at 41.4 per cent, followed by beige at 40.8 per cent.