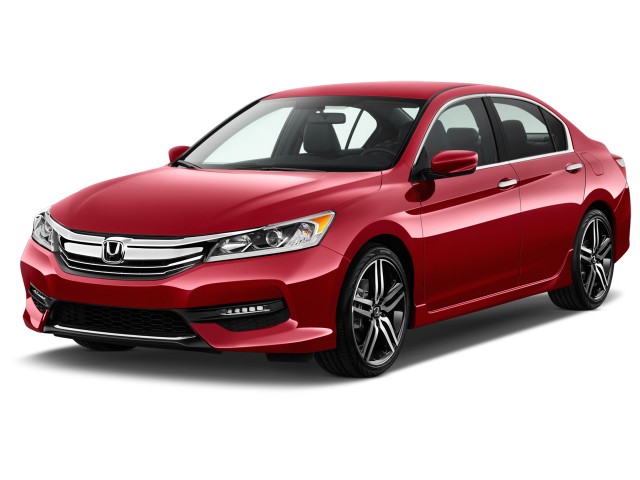 We also like to pair our own expertise with that of other sources. One of the most comprehensive is Consumer Reports, a U.S. organization that rates used-car reliability using insights submitted by consumers and collected through its own research.

For our first in a series of posts about some of the most dependable vehicles as rated by Consumer Reports, we’re taking a look at the family-car category.

The Camry is the archetype for a family sedan. Its designers have long placed a priority on making a car that’s reliable, practical and fuel efficient.

This is one of the few cars whose reliability barely degrades as you look back through its various generations. There have been a handful of design quirks over the years. Such as water pumps that fail prematurely and, following a redesign for the 2006 model year, a high-pressure oil hose in V6 models that was prone to bursting. However, Toyota is typically good about correcting design flaws. So any issues are limited to a handful of model years. The Camry’s popularity also means that any trouble spots are well-known in the industry and among long-time owners.

Kia’s entry in the family-sedan class is a bit of a dark horse. Only because we think many people still dismiss this South Korean brand’s quality as substandard. Much has changed in recent years, and the Optima is now a solid buy for a roomy car that offers strong performance.

The turbocharged SX trim is best for speed and a sportier suspension. In the turbo engines, listen for a rattle from the turbo assembly. That sound could indicate a loose waste gate. Another common complaint is the Optima’s vague steering. Kia has tried to address this complaint by reprogramming the power-steering software.

Interested buyers should note that the Kia Optima is mechanically similar to the Hyundai Sonata. They Hyundai Sonata is also a good car.  We included the Optima here because it’s the lesser-known of the two and may be cheaper to buy used.

Ford’s mid-size sedan offers surprisingly strong reliability going back more than a decade. A good record for a company that runs hot and cold in terms of vehicle longevity.

In the latest-generation Fusion, introduced in 2013, you want a car that has seen regular transmission fluid changes. It should show no evidence of leaks from its all-wheel drive system, if equipped.

The transmissions in second-generation cars (2010-2012) are similarly sensitive to good maintenance. So buy a Ford Fusion that has been treated well and you should be just fine.

In first-generation cars (2006-2009), make sure the brakes’ anti-lock function works properly. This is a common trouble spot with these cars as they age. The repair can require the pricey replacement of the anti-lock control unit.

You may know the most recent generation of the full-size Ford Taurus because of its popularity with cab drivers and police departments. While it hasn’t proven as popular with regular drivers. It’s surprisingly satisfying to drive and pretty durable.

As with the Fusion, watch for all-wheel-drive system leaks in cars so equipped. Other issues include a dual-zone climate control system that blows nothing but cold air on the passenger side and brakes that wear more quickly than they should. Make sure the transmission shifts without any bumps or clunks. If you’re looking at the high-performance SHO model, ensure its turbocharged engine hasn’t been modified by a previous owner, a practice that can void the factory warranty.

Like the Camry, the most recent version of the Mazda6 gets Consumer Reports’ “recommended” rating. In these cars, electronic systems are the biggest source of owner frustration. So before you buy, make sure features like blind spot monitoring and adaptive cruise control work as they should.

If you’re looking at a second-generation car, sold in Canada from 2009 through 2013, know that this car was mechanically similar to the 2010-2012 Ford Fusion. So the automatic transmission will prove most reliable if it has been well maintained.

When shopping for a first-generation Mazda6 (2003-2008), rust will be the major issue. Another weakness was the longevity of suspension components, especially shock absorbers.

The third car on our list to earn Consumer Reports’ recommended endorsement is the Honda Accord. Honda most recently redesigned the Accord for 2018, so that generation is too new to evaluate its long-term reliability.

That means our starting point is the 2013-2017 model, whose trouble spots are few, but generate complaints like excessive engine oil consumption and, in 2013 models, an automatic transmission that vibrated in some cars. This required Honda to issue a service bulletin to help its dealers diagnose and fix the problem.

Honda is nothing if not consistent: the major thing to watch for in earlier generations (2008-2012 and 2003-2007 being the ones you’ll find most often on used-car lots) is also the automatic transmission, which was known for more serious issues, especially in cars with the powerful V6 engine. Shop carefully for an example that stands up to scrutiny by a trusted mechanic.

You probably know Subaru is known for equipping the vast majority of its cars with standard all-wheel drive, including the Legacy. We’re sticking to the second-to-newest generation, sold from 2010-2014, as it is the best bet for reliability.

Historically, Subaru’s biggest issue is engine head gaskets. The company’s engineers had finally (mostly) addressed that by the time this car went on sale. Still, when shopping around, watch for low engine oil and/or coolant levels, and evidence of one fluid contaminating the other, as these are all giveaways of a failed gasket.

Subaru introduced a new automatic transmission design in 2010. Some owners of earlier examples complained of cars that would stall as they came to a stop. This was because of a fault in the transmission’s torque converter. This appears to be less common in newer examples, but pay close attention to the transmission’s performance during your test drive. Its also worth having the car inspected by a trusted mechanic before you buy.

Where do you find the best family car?

Now that you’ve read the article about the best used family cars you’re ready to start shopping. Finding a family car couldn’t be simpler, we have thousands of new and used family cars in your area. If you aren’t convinced that a family car is the way to go Ontariocars.ca also has many Van’s, SUV’s, and hatchback from all the brands in your local area.