Car Reviews and Tips » Airless Tires: Will They Make It to the Mainstream? 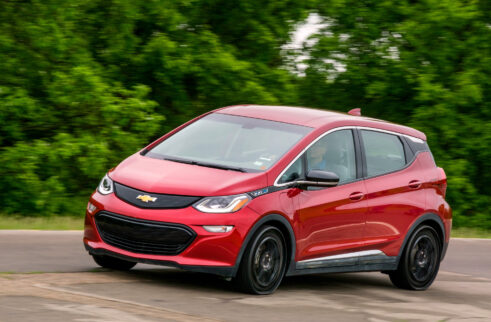 Have you ever considered fitting your vehicle with airless tires? Although not mainstream yet, airless tires, also known as non-pneumatic tires (NPTs), may become a popular alternative one day. In this post, we’ll go over some pros and cons of airless tires and what the timeline for their future in the auto industry looks like.

What Are Airless Tires?

Instead of air, NPTs are filled with compressed polymers and are typically made from solid rubber or plastic. These tires are a fairly attractive option for bicycles and small vehicles, like golf carts, but certain obstacles have kept them from taking off with passenger vehicles.

The major benefit associated with airless tires is they can’t go flat. With no air to be let out, NPTs can’t deflate, even if they’re punctured.

Can you imagine? You’d no longer have to worry about if your vehicle came with a spare tire. Nor would you need to learn how to fix a flat tire. Life could be that much easier!

Because of their sturdy design, airless tires don’t need to be replaced as often as pneumatic ones. While there’s no definite lifespan for NPTs, Michelin estimates they should last about three times longer than conventional tires. This economic advantage doubles as a valuable environmental benefit, as well. Eventually, airless tires will be made entirely from sustainable materials, such as bamboo or cardboard, and will be fully recyclable.

Airless tires can hold a lot of weight and can withstand rough terrains and conditions. This is especially useful for trucks and utility vehicles that need to carry a lot of material.

Since NPTs are heavier, they weigh down on a car’s suspension. With a lowered suspension, you’ll likely experience a rougher ride. This extra weight is especially concerning for electric vehicles, since their performance is highly influenced by their own mass.

The air inside pneumatic tires allows the heat generated from rubbing against pavement to dissipate. NPTs can’t do this, so they get significantly hotter at high speeds (i.e., on highways). In the worst-case scenario, tires that are too hot can cause blowouts and accidents.

In 2019, Michelin released the Uptis (Unique Puncture-proof Tire System), the world’s first airless tire for passenger vehicles. The Uptis uses glass-fibre reinforced plastic instead of air to support the tread. The company’s fact sheet also says the Uptis is 3D-printed and “100% sustainable (renewable and bio-sourced).” Since then, Michelin has paired with General Motors to create a new airless tire. These tires are expected to be commercially available by 2024.

Michelin also sells another product called the Tweel. This wheel is a combination of non-pneumatic and pneumatic designs that claim to avoid all the drawbacks mentioned above. The Tweel is currently available for utility vehicles without suspensions, but not passenger cars. For now, the auto industry will remain dominated by air-filled tires. There’s still more testing to be done on airless tires to eliminate concerns about them. As these experiments occur, it’s likely we’ll hear more about airless innovations in the not-so-far future.