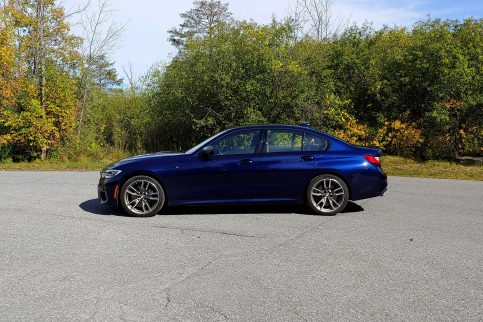 The BMW 3 Series has a well-established reputation as one of the best driving sedans in the marketplace, which brand purists might say has been tarnished by recent generations aimed at a wider range of luxury car buyers.

A seventh-generation 3 Series arrived last year as the four-cylinder 330i with improvements like lighter bodywork and a larger interior, suggesting a further shift toward the luxury mainstream. BMW is out to set the record straight for 2020, however, with the performance-oriented, six-cylinder-powered M340i. It’s part of BMW’s plan to spread the M performance badge across more of its models; in this case, it indicates a mainstream 3 Series nearly as powerful as the last-generation M3 sport sedan.

All right, BMW, you’ve got our attention. 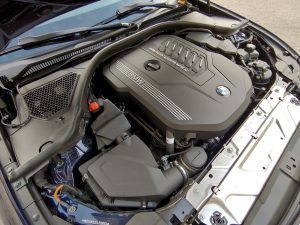 The M340i is as fast in a straight line as its nearly 400 hp makes it sound. BMW’s latest 3.0L turbo six-cylinder adds 62 hp and 39 lb-ft compared to the outgoing 340i, a big jump on paper that feels even more significant behind the wheel.

You’d get even more speed from the new M3, which will skim the 500-hp mark when it arrives, but it’s a harsher, more extreme car. If you’re after a quick daily driver that could acquit itself nicely at the odd racetrack lapping day, the M340i is a better all-rounder. My test car had an optional adaptive M suspension setup that tailors ride quality according to the selected drive mode. It firms up in sport and sport+, but provides just enough comfort in its standard setting to soak up bounces from Ottawa’s battered pavement.

The only public venue where you’ll come close to challenging the M340i’s chassis with any degree of safety is a highway on-ramp. Chuck the car into such a long, sweeping turn and you’re rewarded by suspension and steering with seemingly limitless composure.

This is arguably the most driver-focused 3 Series in 20 years. That said, if you’re looking for one with a manual transmission, that party is over. All models now come standard with BMW’s eight-speed automatic, which gets new gear ratios for 2020 to better use and manage this engine’s extra power. It’s tuned for gentle, frequent upshifts in the car’s eco and normal drive modes, but knocks off quicker, more satisfying gear changes in the sport modes, while letting the engine gain more revs before moving to the next higher gear. Control freaks will have to be happy with taking manual control via the shift lever or the steering wheel-mounted paddles.

Although BMW has moved the 3 Series a couple of notches back toward its compact sport-sedan roots, it’s still larger than before. The carmaker prevented excessive weight gain by using more lightweight materials 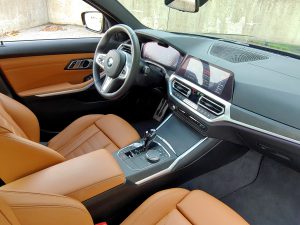 and took advantage of the car’s larger size by adding interior space. Finally, the 3 Series can properly accommodate four adults. The most noticeable improvement is in the rear seat, where there’s useful head- and legroom. 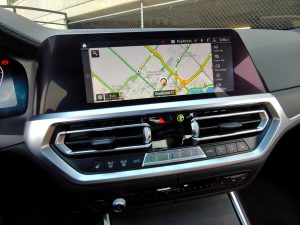 The BMW M340i has the same digital gauge cluster you’ll find in other recent BMW models like the Z4 roadster I reviewed a few weeks ago. It’s a little fussier than it needs to be, with digital versions of analog gauges that pay homage to the brand’s traditional gauge designs. However, I appreciate the navigation display that serves as a backdrop.

The M340i comes standard with the BMW intelligent personal assistant, which responds to the “Hey BMW” voice command. If you say, “Hey BMW, I’m cold,” the car turns up the air conditioning temperature and may also flip on the heated seats. However, the assistant won’t turn the climate control on if the system is off, which makes you feel a bit like you’re talking to a toddler who refuses to listen.

For a bit of an outlier, consider the Volvo S60 T8, whose plug-in hybrid powertrain boasts 400 hp for about $66,500. There will be a plug-in 3 Series in the near future, but it won’t be quite so powerful. 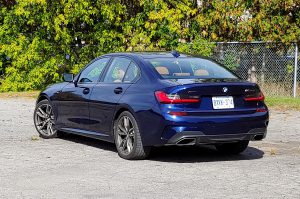 There is no doubt the 2020 BMW M340i is an improvement over its predecessor. It’s fast, it’s fun, and you can finally bring your friends along for the ride without subjecting them to second-class accommodations. BMW has done something pretty special here: They’ve created a new 3 Series that’s not only a better sport-sedan but also a better luxury car.