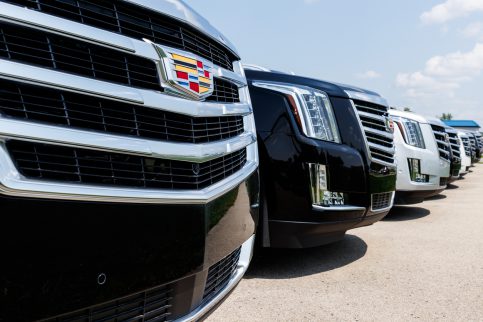 The auto industry’s fast pace means every year brings new surprises to one of the most integral elements of Ontario’s economy. Lately, though, not all of those surprises have been good ones.

Car manufacturers have begun shifting vehicle production away from Ontario, either to the United States or Mexico. Notable recent changes include Toyota’s 2019 decision to move its Corolla assembly line from Ontario to Mexico and GM’s discontinuation of the Oshawa-built Chevrolet Impala and Cadillac CT6 sedans.

While Ford’s massive Oakville factory remains open, the company cut about 200 jobs in September 2019 when the Ford Flex SUV was discontinued. Its ostensible replacement — the redesigned 2020 Explorer — is built in the U.S.

Manufacturers are filling part of the void with other jobs. Last fall, Toyota opened a new parts distribution facility in Bowmanville, and in 2022, it will move production of the Lexus NX small luxury SUV to Ontario. Meanwhile, GM is in the process of transforming its Oshawa plant to make car parts instead of complete vehicles.

Despite current and future threats to job security in Ontario’s auto industry, consumers have a lot to look forward to — as long as they’re keen on SUVs and more high-tech content in new vehicles. 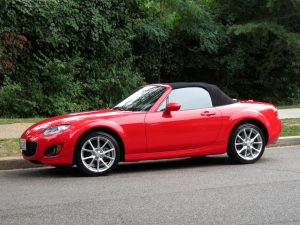 Last year, BMW and Ford began building over-the-air (OTA) vehicle software update functionality into its newest models. That will prompt other mainstream manufacturers to get on the bandwagon.

OTA software updates first came to the mainstream thanks to Tesla. The high-profile American electric car company uses the tech to make performance fixes to vehicles already on the road, and can also use it to unlock features that weren’t yet available at the time the car was purchased.

Car manufacturers use software updates to correct performance and usability problems in all sorts of vehicle systems. Infotainment is a big one, but OTA tech is also used to address complaints about automatic transmission performance, for example. At the moment, most car owners have to take their vehicle to a dealership to have new software uploaded, but OTA updates will save drivers both time and inconvenience as they become more common.

The topic of self-driving cars is a touchy one in many circles, but the auto industry is moving that way, whether we driving enthusiasts like it or not.

Earlier this year, Cadillac announced it will soon make its Super Cruise driver assistance technology available in more models. It has also added an automated lane-change function, putting one more driving task in the hands of computers.

So far, Cadillac has only offered Super Cruise in the CT6 luxury sedan. But starting later this year, in 2021 model year vehicles, Cadillac will add it to the options lists for its smaller CT4 and CT5 sedans and the newly-redesigned Escalade full-size SUV.

Brands like BMW and Mercedes-Benz also have driving assistance suites on offer, but Cadillac’s move will prompt its competitors to continue developing the technology and make it more widely available.

Cadillac’s other contribution to change in the car-buying space is its Cadillac Live augmented reality (AR) showroom experience. The system lets potential buyers do a virtual walk-around of any of the brand’s models with the help of a live agent with whom you speak directly.

It’s one of the first such interfaces, but it won’t be the last: Toyota is also working on an AR-based shopping experience, but it isn’t yet available in Canada. 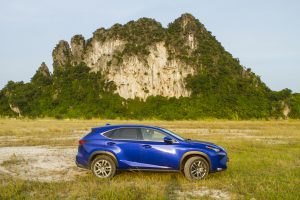 We’ve already seen a number of well-known car models shuffle off to make room for SUVs and crossovers. Mazda will be among the next brands to cut car models in a shift toward more utility vehicles, which are both popular with consumers and more profitable for manufacturers.

Mazda is a small company, and one of the few that isn’t part of a larger conglomerate. So it has to be choosy about what market segments it competes in. We saw evidence of that about five years ago when Mazda made a last-minute decision not to offer its latest Mazda2 subcompact in North America, focusing instead on the MX-5 sports car and CX-3 small crossover.

The company’s latest step toward a utility-centric lineup is the introduction of the CX-30, a crossover sized to split the difference between the CX-3 and CX-5. It also shares a lot in common with the Mazda3 compact car, whose 2019 addition of AWD was the beginning of the company’s transition. Watch for the Mazda3 Sport hatchback to go away in the next few years, leaving the sedan to cater to entry-level, budget-minded car buyers.

The Genesis luxury car brand split off from its Hyundai parent company in 2015, marking the South Korean auto industry’s intention to compete directly with some of the world’s best-known luxury carmakers. Since then, however, it has only offered sedans in a luxury marketplace swelling with money-making SUVs and crossovers.

That will change later this year when the Genesis GV80 goes on sale. It will be the Hyundai Motor Group’s first true upscale SUV, though it will follow the Hyundai Palisade and Kia Telluride, a pair of mainstream full-size models that project a posher image than their accessible pricing suggests.

When the GV80 arrives, it will wear styling cues first displayed on the refreshed 2020 Genesis G90 full-size sedan. And while we expect the GV80 will be priced very competitively when compared to vehicles like the BMW X5 and Mercedes-Benz GLE-Class, its styling evokes the look of British prestige brands like Bentley and Rolls-Royce.