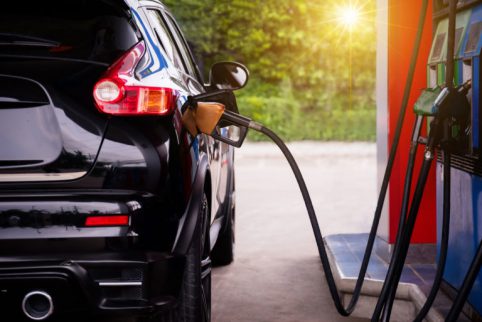 Late last year, Canada, Mexico and the United States all signed a new trilateral trade agreement, called CUSMA, to replace NAFTA. It was a sign of hope for the Canadian auto industry after years of U.S. rhetoric threatening to take back car manufacturing jobs. That deal is in question once again, but not because of President Trump or protectionist Republicans. The uncertainty is down to the Democratic party (currently in control of Congress), which has concerns about the deal and may force the Republicans to accept changes to it. Any such alterations would send the revised agreement back to the Canadian government to be ratified once again. Until then, we won’t know exactly what’s in store for an Ontario auto-manufacturing industry that relies heavily on the U.S. market for new vehicles.

Ontario’s gas prices jumped in April when the federal government’s carbon tax went into effect and Ontario’s Conservatives countered with a cut to the province’s gas tax. But as we write this during the lead-up to Canada Day, Ontario’s average gas price is just under $1.20/litre, only two cents more than the national average.

Don’t expect gas prices to drop before the end of summer. The price of crude oil is expected to rise — or at least stay the same — thanks to increased demand for diesel and, consequently, crude. For that, you can blame a new maritime shipping rule limiting sulphur in fuel, says the CBC, which reports shipping companies may switch to diesel.

EV uptake will remain strong, thanks to fed iZEV incentive

Gas prices have an effect on electric car sales, but Canada’s new EV incentive program is doing the real work to improve plug-in vehicle uptake. The federal government introduced its so-called iZEV program in the Spring as part of Budget 2019. Buyers of long-range plug-in cars are eligible for a $5,000 rebate, while those with smaller batteries get a $2,500 boost.

The 2019 model year has seen Honda and Chevrolet move into the mid-size, five-seat crossover segment for the first time with their new Passport and Blazer models. In both cases, the additions filled a gap between compact and three-row mid-size offerings.

Next, Mercedes-Benz will plug the tiny space between its A-Class and GLA-Class models with a new SUV called the GLB-Class. When it arrives as a 2020 model, it will become Mercedes’s smallest seven-seat model, and will probably be the smallest seven-seater in the Canadian marketplace.

Other car manufacturers will continue to roll out more — and mostly smaller — utilities as they kill off compact and subcompact cars due to waning demand.

Hyundai and Kia just launched new SUVs called the Palisade and Telluride, respectively, and Hyundai will launch a redesigned Sonata sedan later this year. Watch for all three to contribute to another winning year for Korean vehicles in 2020.

First came subscription-based movie and TV streaming services—now premium automakers are getting into the subscription game.

Car subscriptions allow drivers to pay a monthly fee to drive a brand’s vehicles. While the concept may sound a lot like leasing, subscriptions typically allow a driver to switch to a new vehicle more frequently, while promising fewer strings attached. So far, Volvo is the first company to bring a subscription program to Canada under the Care by Volvo banner.

Last year, Porsche Canada launched a short-term rental program called Porsche Drive in the Montreal area. We suspect the German automaker is using that to test the Canadian market for its Passport subscription program. And you can bet Cadillac is watching to see whether vehicle subscriptions take off in Canada; it revised its Book by Cadillac program in the U.S. earlier this year to appease dealers, who were initially left out of the process.