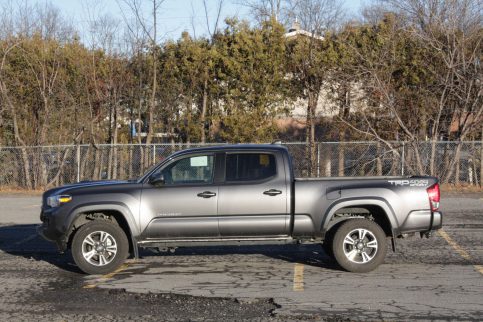 The term “full-size pickup truck” has never been more accurate than it is today. Models like the Ford F-Series, Chevrolet Silverado, GMC Sierra and Ram 1500 are larger than ever—but that doesn’t mean they’re more capable than their predecessors.

The growth of those full-size trucks has created a market for smaller, less-expensive pickups that can still do a lot of work. Manufacturers have stepped up with a new generation of mid-size pickups that boast strong, refined performance.

Many of those recent mid-size models now have a few years under their belts, so it’s a good time to go over what to watch for in the used market.

You’ll note that we haven’t included the Ford Ranger here. The latest version is too new to properly evaluate as a used vehicle, and the previous one is much smaller than today’s mid-size models. That also rules out the Mazda B-Series, which was a clone of the old Ranger. Also, all of the trucks we’re discussing today are available in the popular four-door Crew Cab configuration that was not available in the Mazda and old Ranger models.

Also, we’ve limited the trucks included here to those still on sale today. That rules out the Dodge Dakota, which has been out of production for a decade.

Toyota most recently redesigned its Tacoma for the 2016 model year, replacing a previous-generation version that had been around since 2005.

General Motors introduced the Chevrolet Colorado and GMC Canyon in 2004 to replace the Chevy S-10 and GMC Sonoma models. That design lasted until 2012, and GM reintroduced both in 2015 with an all-new design. Early trucks came with four-, five- and eight-cylinder engines; from 2015, engine choices were four- and six-cylinder gas engines and a four-cylinder diesel.

The Nissan Frontier is the oldest design in this group, redesigned way back in 2005 with only minor changes since.